Even before buyers purchase Apple’s iPhone 5, they have a chance to preview many of its features by availing a free mobile update – the iOS 6. This improved software comes with 200 new features that will make iPhone usage much more convenient for users. However, not all work on the older versions. Some of the most prominent ones are:

1. Sleep well: The Do Not Disturb app allows the user to turn off sounds but with alternatives. Now, exception can be made for a particular contact. Also, if someone calls twice within three minutes, the call is let through. A set schedule can be set up for this feature and so it can turn on automatically when the time comes. However, if the silent mode is activated, the phone will not make a sound despite how the app is set up.

2. Panorama shots: The Panorama feature which can be run on the iPhone 4S, 5 and the iPod Touch allows photographers to capture panoramic views. One has to just turn on the app and a diagram – guide will appear on the screen, helping one to man the device accordingly, after clicking the shutter button. 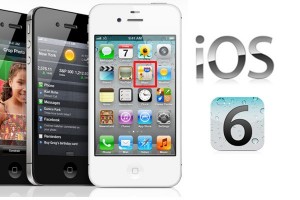 3. Share more, share better: Since iOS 6 is now interfaced with Facebook, one does not need to open its website anymore. Photos can be shared by using Siri, the Notification Centre Screen or by clicking on a button specially devised for sharing. While sending an email too, images can be added by simply tapping on the screen itself. Once the “select all, copy, paste” pop up appears, the right arrow is to be clicked on and the “insert photo” is to be selected.

4. Better format for App Store: There is less of scrolling in the new version as the horizontal space is used more effectively in this new App Store format. Since the appearance is more sorted, there seems no overcrowding in the store despite the presence of more than 700,000 apps.

5. The Map App: Apple is promoting its own map. Even though it takes time getting used to, it is useful and its images seem more zoomed-in. It is best for those who want to navigate without using their hands (e.g. while driving). The app will inform one the direction to take at every step in a loud automated voice. Text appears on the screen for directions even when it gets locked. 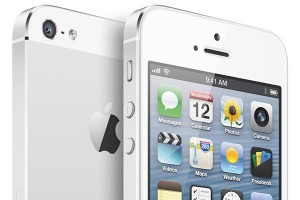 6. The New Improved Siri: The updated version of Siri – such as typing a message on Facebook without touching the keypad. Yet it is not free of flaws and may misinterpret words such as “lunch” for “launch”. It functions on the latest iPad, iPod, iPhone 4S and 5.

7. Work without WiFi: Now WiFi is not needed for video chats through FaceTime. It can be done via the cellular network. The iPhone 4S and 5 support this feature. The latest iPad might support it provided that it has the cellular data capacity.