Why Switch to Electronic Signature

The reasons to switch to electronic signature technology, also known as an e-signature or e-sign, are virtually endless. There are numerous advantages, and minimal disadvantages, which is the cause of its increasing popularity, and its destiny to become the standard for signatures in the future. 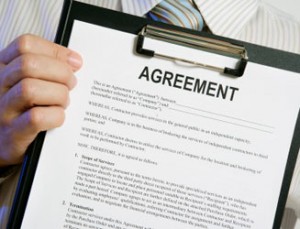 Time is the most obvious reason. Time is valuable, and something most people lack. To sign a document on paper with a handwritten signature, the time involved generally seems longer than necessary. This can include travel time for both parties, courier time if the document is to be mailed or delivered, and the actual time it takes to sign documents if multiple forms are needed.

The time-saving answer is electronic signatures. To use this method, the person can simply type in a code, submit a picture, or even attach a sound clip in order to sign a document. 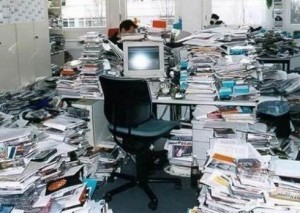 Another reason to sign contracts electronically is to cut down on the use of paper. Paper costs money and takes up space. Generally, most hand signed contracts are uploaded and saved in online databases in addition to being kept as hard copies in filing cabinets. Contracts for even the simplest of things are generally kept a minimum of 7 years.

The amount of space 7 years of paper work takes up can be consuming. Costs for purchasing all of that paper can add up as well. Companies are also making steps towards being more “green.” The potential savings from storage and use of paper can really make a difference in all these categories.

The ease of backing-up important documents is another reason to switch to electronic signatures. Electronic documents can easily be saved online, by the use of Cloud or other similar software. In the old days, if papers were signed, and a fire or other disaster took place, important documents and contracts could be lost forever. With the creation of this new technology, that is easily a worry of the past.

Electronic Signature Technology – Is it Binding?

Some people wonder if electronically signed contracts hold the same authority as those signed by a pen. Well the simple answer is YES. In 1999, the European Union passed the EU Directive for Electronic Signatures. The next year, in 2000, the United States passed a similar law, the Electronic Signatures in Global and National Commerce Act, or ESIGN. Other countries have also passed comparable laws, and all these laws basically serve the same purpose; to ensure that people who sign documents electronically are bound by the contract they intend to sign. So it’s safe to say that electronic signatures are binding worldwide.

ESIGN defines an electronic signature as “an electronic sound, symbol, or process, attached to or logically associated with a contract or other record and executed or adopted by a person with the intent to sign the record.”

With this definition from ESIGN, electronic signatures can come in various forms; anything as simple as a PIN code, to a signature on a tablet authorizing a purchase using a Visa or MasterCard. Other allowable methods include a recorded sound clip, an image such as a .jpeg, or the typing of text.

This definition from ESIGN is vague; yet it serves the purpose it was designed for, as it provides security for the both the signer and the signee. It also provides a simple but binding method to sign a document.

Electronic Signature Technology – Since the Dawn of Electronics 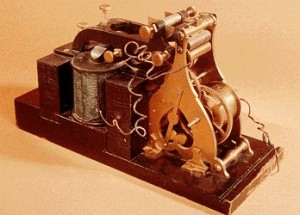 The idea behind electronic signature technology is nothing new. As early as the 1800’s, people have signed binding contracts without actually using a handwritten tool. This was originally done by telegraph, and this method was enforceable in court. More recently, fax machines have been used as another mode to accept signatures electronically.

A worry about receiving signatures electronically is the ability to forge documents. This fear is partially harvested by the presence of identity theft. However, this is not just an issue for electronic signatures. This is also a problem in the real world, as hand-written signatures can be forged as well. Most common court cases relating to contracts are not based on whether the signature is genuine; rather it is a dispute over whether the contract is binding. The authenticity of the signature rarely comes into play.

There are also a wide range of security measures that come into question for electronic signatures. Technology methods are in place to help trace the origin of a signature, should fraudulent activities become present.

The Federal Government of the U.S. is one entity pushing the use of electronic signatures. When filing your federal income tax return in the United States, the easiest and quickest way to submit your return is e-file. Before you submit your tax return through e-file, the IRS offers you the ability to sign your forms electronically. If you sign the form electronically, the return can be submitted instantly. Another way to sign the return is to print the signature form, and mail it in. However, if you e-file and submit your signature through electronically, using a 5 digit pin, you are able to receive your refund up to 5 weeks sooner than the mail-in method.

So, while there are a few fears about electronic signature technology, it is generally safe for all parties entering in a contract. And it is sure to be the preferred method for most parties in the future. It will soon become a common occurrence, and the use of handwritten signatures, like everything else handwritten, will become history.