Ever have those moments where you wish you had taken your Xbox 360 or Playstation 3 with you? Wouldn’t those long, and extremely dreary, road trips with mom and dad be much better if you could play some Minecraft, Call of Duty or Twisted Metal while on the go?

We’re taking the risk of sounding like an infomercial here, but now you can play games anywhere with the GAEMS G155 portable gaming and entertainment bundle.

At first we thought GAEMS was just spelled poorly, and then we realized the founders jumbled up the letters on purpose. According to the official GAEMS site, the name stands for Gaming and Entertainment Mobile Systems. 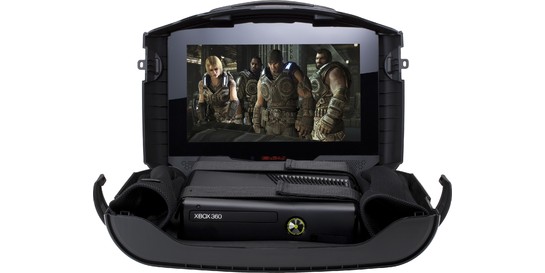 The GAEMS G155 is a portable entertainment unit that includes all the necessary hardware (minus a supply of power) to play a console from anywhere. The G155 includes an integrated 15.5″ LED high def display that connects directly to a console via HDMI. The display supports a maximum 720p HD resolution and includes a set of dual “full spectrum” speakers. We’re not entirely sure what full spectrum means, but we’re guessing GAEMS is saying the speakers sound pretty darn prodigious. We can neither confirm nor deny the truth in that statement. The G155 is compatible with all models of the Xbox 360 that include an HDMI port, as well as the PS3 Slim models. Unfortunately, it does not support the older PS3 models for storage however, you can connect older PS3 models to the device, nor does it support the Nintendo Wii because the latter includes no HDMI outputs. The G155 also includes straps to hold the console in place during travel, as well as several pouches for storing cables and accessories. 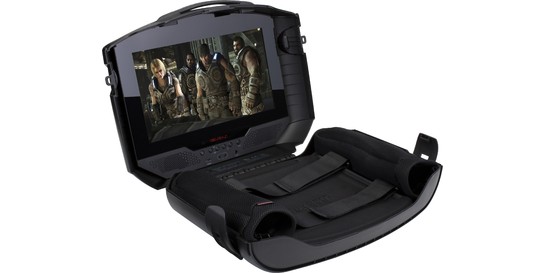 GAEMS recently announced two new case models just in time for E3. The first GAEMS portable gaming case will be called the “Sentry”, and will include a greater focus on mobile entertainment. GAEMS has partnered up with Microsoft to offer the G155 Sentry bundle which includes a Microsoft Xbox 360 with the portable case. Microsoft now sells a bundle (the GAEMS G155 Personal Gaming Bundle) that includes the GAEMS G155 environment and a Microsoft Xbox 360 4GB console for $399. No specifics were given, as far as features go, but GAEMS did mention the Sentry will include streaming services like Hulu, Netflix and Youtube centric to its mobile experience. GAEMS was extremely vague about the news of their second, upcoming case model, and they only revealed the name, “Project Vanguard”. It sure seems rather exciting, but probably even more exciting is the mention of three additional accessories which will release into the wild soon.

It is possible that GAEMS implemented Wi-Fi support into their newest models as all previous releases did not include connectivity options. Either way, we’re pretty excited to see what GAEMS has come up with.

The official press release for the GAEMS G155 Sentry and “Project Vanguard” announcement is not a lengthy one, and that’s the way we like it. No one is going to argue with short, sweet and to the point, certainly not us. 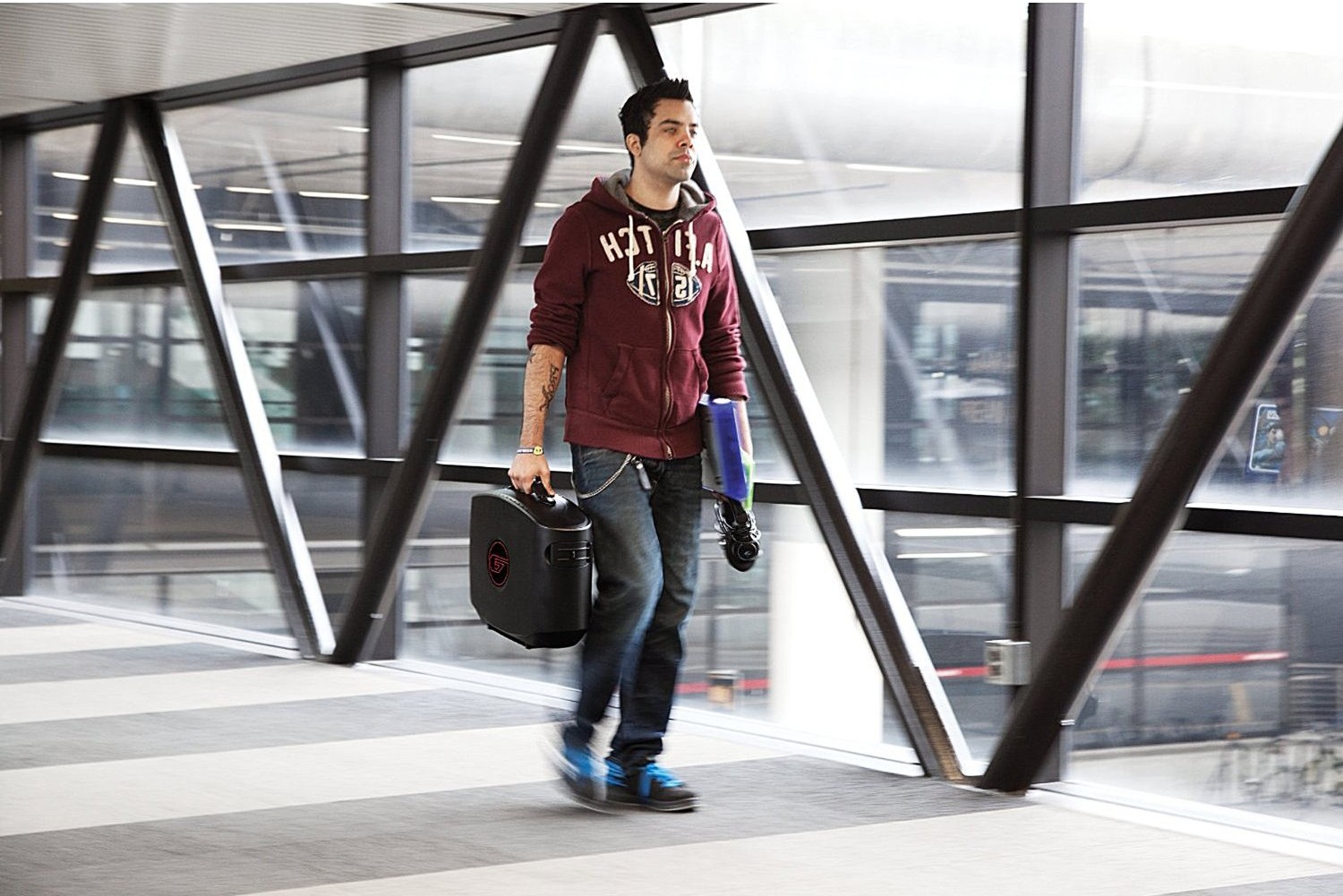 For those interested in seeing what GAEMS had to say about all this, read on:

GAEMS, Inc. announced today they will show the latest innovations in their lineup of award-winning personal gaming and entertainment environments (PGE(tm)) at the Electronic Entertainment Expo (E3) in Los Angeles, June 5-7, 2012. The GAEMS booth will be located in South Hall, #247 (right next to the G4TV stage).

GAEMS recently partnered with Microsoft and will unveil the new G155 Sentry, a Microsoft-licensed device that provides individuals and families with a completely customizable personal entertainment solution to enjoy games, DVDs or even stream media like Netflix*, HULU* or YouTube* anytime and just about anywhere. The Sentry and an Xbox 360 lets anyone transform any space into their own Personal Gaming Environment(tm) (PGE(tm)).

Behind closed doors, GAEMS will unveil their latest device, code named Project Vanguard. A prototype of Project Vanguard will be available for viewing by the media by invitation only.

GAEMS first device, the G155 self-contained personal gaming and entertainment environment, was initially shown at E3 2011, and received critical acclaim from media outlets such as Associated Press, USA Today, and IGN.com. Additionally, the G155 was selected by the Wired.com and Maxim.com 2011 annual holiday buyer’s guides as a recommended gift for gamers.