In Part 1 of this article: Google Plus, we examined some of the features of Google Plus in the context of Facebook. Now we look at how this fits into Google’s overall strategy. It seems like it is not merely an addition to an existing line of Google products, but it has become the focus of a major overhaul within the system. The first step seems to be the integration of existing Google profiles. In this case, all public profiles will be integrated by July 31, and all private ones will be deleted.

As part of its ongoing strategy, Google will re-brand both Picasa and Blogger. The former will now becomes Google Photos, while the latter will become Google Blogs. YouTube will be spared a name change, but then again, “Google Videos” would be a major downgrade

Re-branding aside, there are also various design changes being introduced to existingservices including Google Calendar, Google docs and the home page. The design changes for Gmail can be previewed from the “Themes” section but will be rolled out later. 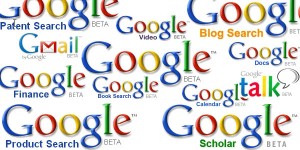 The final push is on mobile platform. Google has correctly deduced the fact that the future of social networking strongly depends on how easily it can be accessed through smartphones. Google has already released apps for both Android and Apple (still awaiting approval, the last time I checked). The Android app is remarkably easy to use but it is still facing quite a number of glitches, which is understandable because Google Plus is still in the beta stage.

Google Plus: Will it catch on?

The important question is will Google’s efforts lead to success or failure? I am cautiously optimistic for three simple reasons.

Google provides users with a complete eco-system and users feel very happy inside: email, calendar, docs, search engine, and a whole bunch of other services. Thus, users will not have to compromise or duplicate certain features. For example, Facebook mail duplicates chat and email resources.

Certainly, the appeal will be dimmer for non-Gmail users but that does not mean that it will not be any better than Facebook.

Facebook may be the biggest social networking site (750 million according to the latest count) but it is ironically amongst the top 10 hated companies in the U.S. 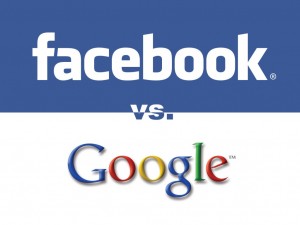 Google on the other hand seems to command a strong measure of respect and trust from its users. This is partly because it has long championed the idea of “open source” technology and developed numerous projects concerning everything from clean energy to solutions for ethnic violence. In addition, it has dared take a public stance against authoritative governments and has a much stronger policy concerning privacy. Certainly, Google is guilty of lots of violations but the idea many users have of Google is broadly positive.

One thing I liked with Google Plus is the fact that privacy and account information can be downloaded or removed with a significant degree transparency. In comparison, Facebook has grudgingly allowed people to control much of their personal information (still a contentious topic) and its numerous PR disasters did not help its cause. To its credit, Facebook has addressed some of the important issues. 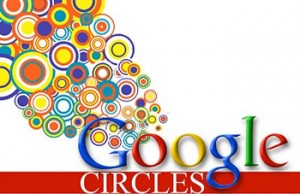 According to recent polls conducted by the Christian Post, 42.7 percent agreed that Google Plus would overshadow Facebook. Meanwhile, 42.6 percent believed that both networks would function together. More interestingly, 38.2 percent said they had already decided to make a move to Google Plus. The polls themselves only reflect the views of a few thousand users but in my opinion, they may be a good indicator of things to come.

In my opinion, Google Plus is a genuinely viable alternative to Facebook with impressive features that outperform Facebook. Once it is released from the beta stage, Google can count on a strong response. Do not forget that Google can also tap into a vast market of Android users as well, who are generally pro-Google.

Google Plus: My bet on the future of social networking

As I see it, Google Plus may go through three distinctive phases.

Currently, it is in the first stage of the process or the beta stage. Right now, it is attracting tons of curious visitors, tech geeks, enthusiastic writers and sceptics. However, the positive feedback it is receiving will help it expand relatively easily when it is officially released.

In the second stage, when it reaches a decent level of maturity (i.e. a fair number of users and all its features working well) then it might come to co-exist with Facebook as a genuine rival with a significant number maintaining multiple accounts (Facebook to remember the memories and Google Plus to make new ones).

In the third stage, Facebook will finally enter decline like MySpace once did. Afterwards, Google Plus will rise to dominance. In the process, there might even be an agreement to integrate all the data from FB to Google Plus (already some interesting apps are coming out in the Chrome Web Store).

That is a very optimistic view of things and that is assuming Facebook sits on the sidelines and watches (which it is not doing). However, if history is a guide, even if people are ‘too invested’ in Facebook (one major reason to stay) they will eventually move on. Memories are becoming easier to make, and for new generations that have not been exposed to Facebook in an intense manner, the choice will be easier to make.

Your Thoughts and Comments on Google Plus

I admit that I am quite biased towards Google because I use most of the services and I find micro-managing settings on Facebook to be a very tedious thing to do.

However, what I am interested is the views of the other side. If there are readers who disagree with my views, then please let me know what you think. I have a couple of questions for all the readers out there, 1. Do you really think that people would remain on Facebook just because they are heavily invested in it? 2. What do you think about Google Plus and its future?