You probably noticed the important Google privacy policy change that has been popping up when you logged into your Google account. I’m as guilty as the next person when it comes to skipping the fine print (usually). So, rather than skip it this time; I decided to read the lines of text and to read in between the lines, as well.

The privacy policy change announcement comes almost as abruptly after the SOPA/PIPA debacle as the arrest of Kim Dotcom; but not quite that fast. While the recent snuffing of Hollywood’s attempt to block external URL’s empowered the people of the U.S.; it may have given the internet super giants a significant boost in confidence and power, as well. In essence, in could be similar to (for example): overthrowing a corrupt Senate only to throne a tyrannical emperor.

The beginning of the policy opens with a paragraph that was last modified in the future: March 1, 2012. In this opening statement, Google wants you to “be clear how (Google) is using information and the ways in which you can protect your privacy”. None of the information within the new policy is much different than the information that was in the privacy policies they have used previously. So, what’s the reason for this compilation of policies? In other words: why is there a Google Privacy Policy change? 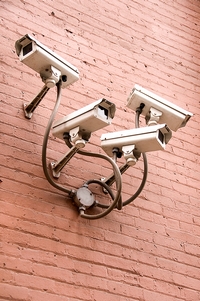 Google claims to collect information in order to provide users with more “useful information”. This is relevant when you type in the search box or when you’re viewing advertising of products or services that would interest you. But where does the line really get drawn? Does Google read your information too much? The following sample may not shock you; but it certainly bothered me.

I was typing a message to one of my clients last week. The subject matter of the content was confidential; so I will make up an alternate idea to provide a legal example. My client desired a business concept proposal to be written in the online mattress industry. As I was typing the message, advertisements began to appear in my peripherals: Learn How-To Write Business Proposals, Buy Mattresses Online, Change Your Shirt Because Green Isn’t Your Color… Okay, maybe the last was an exaggeration, but not by much.

Now, don’t misunderstand me; I love Google. Google advertising has been beneficial to my business and millions of other organizations. However, it is also good to know just how specifically your ads on Google can be targeted! Furthermore, it isn’t very practical for Google to use information in any way other than for marketing purposes. In other words, it isn’t likely that Google will do anything with your information other than collect it from all of you devices so they can more appropriately target you for sales.

I understand the reasons for direct marketing and perhaps I am jealous of Google’s ability to delve so deeply into the minds and email accounts of their target customers. However, I read the policy and I came to a conclusion: I don’t want Google reading my mail. Google offers free services, such as Gmail, that are very useful and convenient. Well, not exactly free. It will only cost you some of your information (name, address, credit card number, name of your first born). It’s a relatively small price to pay for relevant commercials, SEO practice maintenance and your listings ultimately being displaced by those of the highest bidder. 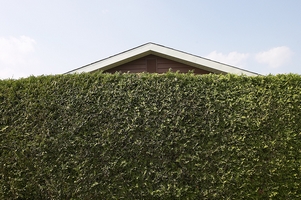 In all honesty, Google is doing the same thing that any company would in their position: leasing ad space to the tune of more than $38 billion (2011 Google Revenue from Advertising). The Google Privacy Policy change isn’t much of an alteration to their current policies. What will become more difficult in the future is our ability to find any further alterations made to the combined policy; which is in a preview form of seven or eight pages of text that are riddled with hyperlinks to even more pages.

I’m not saying I don’t trust Google. If the Google Corporation was a single person, I’d have them over for dinner. I’d have a drink with Google and shoot the breeze with Google. However, I wouldn’t let Google watch my children because I’d know that when I got back; I’d have to tell my son why he couldn’t get the 55″ TV with Wi-Fi access to the PS Network and Xbox Live & tell my daughter that she can’t have the Barbie Corvette and Dream House. Well, not until the holidays, at least.