Apps wish for viral growth and are ever intending to expand existing user base and adding to their databases to improve the system. Apps depend heavily on social networks for this and conventionally Twitter and Facebook deliver. Google+ is Google’s very own social networking platform built to compete with Facebook. While the Facebook connect delivers social identity, the Google+ sign-in just falls short in that area. Google+ Sign-in needs the completed profiles and other social elements before being able to seamlessly integrate with apps. Although, using Google+ credentials to log-in is highly convenient, developers have shown a certain reluctance to implement it.

Google+ Sign-In, billed as the answer to Facebook connect authorization for apps. The feature is easy to use, highly secure, and completely devoid of spam. In other words, if you want to securely log-in to third-party apps, Google+ sign-in is there to offer you peace of mind. Using Google+ to supply credentials to third-party apps has its own set of advantages, chief among them being that you don’t need to create a fresh account for every other app you use. This is precisely what the Facebook connect does, but probably not as securely as the Google+ Sign-In.

Most people on the planet are already using a Google account. Google’s reputation for security is beyond question, something that Twitter and Facebook are lacking. Google+ Sign-In supports downloading one-click apps and two-factor authentication. Google also assures you that they won’t “social spam” people in your friend lists unlike what Facebook seems to be doing. Google circles come a long way in implementing selective sharing and certainly trumps Facebook’s open graph posts.

The list of advantages seems to be endless. Why is it then that the developers still hesitate to implement the Google+ Sign-In credentials? It is common knowledge that while a majority of us would like to implement Google mail or other features, the Google+ isn’t the world’s preferred social network. Most people don’t have properly filled-out data on their profiles. The number of people currently using Google+ is too low hence it is a challenge to populate it with content as the user’s preferences are relatively unknown. Solo apps might be convenient to use with Google+ log-in, but social apps using Google+ Sign-In do not have adequate data to give the user a great app experience. 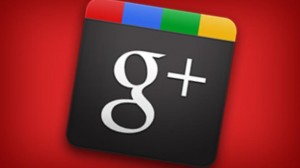 Social apps need to be dynamic, they need to learn about users and their preferences and refine the service provided. The “no social spamming” of Google+ is counterproductive as it discourages preparing social graphs of your friends using the app, killing of any chance to drive-in a new user base. Building a great app needs good distribution and solid data for building something worthy for the user. Without such an incentive, developers are not likely to develop inbuilt log-in credentials for Google+ Sign-In. The Google+ Sign-In will probably be used alongside Twitter and Facebook, but it is far cry away from replacing them. The Facebook and Twitter options give the chance for an app to go viral.

Google+ definitely missed the bus on social networking, but the Google+ Sign-In is a small indication that Google is still trying to engineer miracles.