One of the most confusing things about the iPhone 2G is that it was the very first iPhone model to be released for sale to the general public, with the moniker of “2G” being applied in a retrospective manner. This particular model of mobile phone was intended to be the flagship product of the Apple franchise, serving as a powerful reminder to any naysayers that the Apple product line was well and truly the king of the hill. From a strategic perspective, the release of the iPhone 2G product was closely monitored in the interests of better gauging the public reaction and perception to a device such as this, as this information would have a direct impact upon the future research and development ambitions of the company. 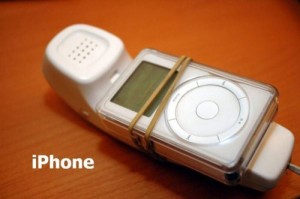 Unfortunately, this particular Apple product did not win much in the way of critical acclaim or commercial success with numerous consumer review websites effectively lambasting the item outright and citing the myriad of different design and technical flaws associated with the device as the grounds for their discontent. The sad truth of the matter here was that this not the malicious grumblings of a crackpot minority, nor where the issues raised purely cosmetic or trivial. In essence, some of the most basic design considerations which should have been carefully scrutinized and subject to stringent quality control measures simply did not materialize.

Problems of The iPhone 2G

One of the most damning of the design flaws associated with this iPhone model was that the headphone socket was not included within the external case; rather, it was built into the case. This meant that the vast majority of headphones were rendered effectively useless and incompatible with the iPhone 2G. This drew the considerable ire of consumers and reviewer publications alike, with particular criticism reserved for the rather cynical manner in which the Apple Company had effectively demanded of its consumers.

Worse yet, they had managed to do it in one of the most passive aggressive ways imaginable. After all, considering the fact that the Apple name is now synonymous with luxury, high end and top quality electronic devices, it seems odd that they would be so careless or negligent to make such obvious and frankly, novice mistakes.

Despite this fairly lackluster introduction to the consumer market as a whole, this particular iPhone model was heralded by The Times as the Invention of the Year in 2007.

Next in the production line was the iPhone 3 also known as the iPhone 3G, and again, the critical response from the consumers at large seemed to be rather underwhelming. 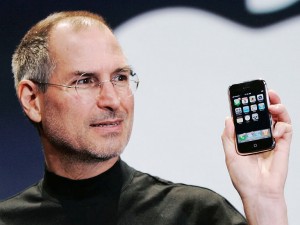 Indeed, many people reported that apart from a few cosmetic and frankly, minor alterations made to the iPhone 3, there was absolutely no appreciable difference between the two models.

As if this was not embarrassing enough, some of the latent technical flaws and design bugs that had been inherent with the previous model of iPhone had not been remedied or fixed at all. Some of these issues are highlighted as follows:

The iPhone 3GS: The Price of Progress 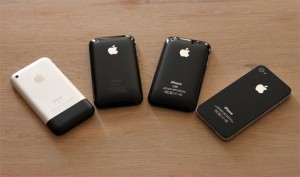 The iPhone 3GS was released in 2009, amid a fairly mixed response from investors and consumers alike. Some were eager to regard the iPhone 3GS as the solidification of the reputation of the Apple franchise as the premier and most reliable provider of handheld mobile technology. Others were not quite as confident or loyal in their assertions, thinking back to the clumsy and oafish design of the previous models of the device with a well-concealed grimace.

Despite the initial concerns, the iPhone 3GS managed to quickly allay and dispel even the most zealous of critics. However, this was not the result of some clever marketing ploy, or the cynical and slick machinations of the PR office. Rather, the consumer review publication syndicates could not help but agree with one thing: the iPhone 3GS definitely represented significant progress.

However, it would seem that there were still some kinks in the production process which had not yet been fully rectified or remedied. One of the most problematic issues raised was the propensity the device had for overheating at the most inopportune times; especially after prolonged usage.

Now here is an animated history of the iPhone by CNET: