Well, the iPhone 5 was not released in October, like many fans had hoped. Instead the iPhone 4S was released. Also released have been a plethora of iPhone 5 news and rumors, and a mild amount of actual iPhone 5 news.

Apple has a history of secrecy when it comes to, everything. Generally they do not release any specifics of devices until the device itself is publicly revealed. However, this does not keep sources from speculating and the internet becoming flooded with what people think they saw in regards to the latest product or what they predict in the future for Apple.

Rumors are generally based on truth and history to some extent. There are some speculations that can be expected to be true based on the history of Apple. 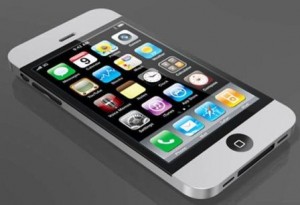 Apple has always released their newest iPhone in June. This was changed with their previous release, the iPhone 4S, which was made available in October. Apple generally uses the Worldwide Developers Conference (WWDC), often held in June (though the dates vary), to announce its latest products. Reports say this year the conference will be held June 10-15. Many sources have released iPhone 5 rumors claiming that it will be released around the date of the conference.

This is of importance because the iPad and the iPhone generally share similar technology. The iPad 3 is expected to have the newest Apple chip, the A6, and also run on the 4G LTE network.

The A6 is a quad-core chip. The ability of having a quad-core chip will dramatically increase the speeds over that of the previous A5 chip. The processor speed of the iPhone 5 is expected to be between 1.2 and 1.5 GHz and have 1GB of RAM.

Reports have stated that Intel is trying to help pitch its chip to be produced in the newest iPhones. However, Apple has recently spent a large amount of money to produce its own chips in conjunction with Samsung, and sources say they will not move away from this current practice. More iPhone 5 news will be available regarding what network provider they will use in the near future. It will be either the 4g network, or the superior 4g LTE network. It should be expected that the LTE network will be the chosen one, as it is supposedly being built in to the iPad 3.

Apple is always trying to maintain its status as a leader in the smartphone market, which would make us believe that they would not settle for the standard 4G. The iPhone 5 is also expected to contain TDSCDMA network capability, which is the 3G standard in China. The iPhone 4S is a world phone, which allows it to be used on both GSM and CDMA networks. It would be safe to assume that the iPhone 5 will also follow in these footsteps.

The iPhone 5 in The News: Price Tag Appeal?

People have been wondering what the price point will be for the new iPhone 5, and rumors are stirring. Some have been hoping for a lower price. Apple’s prices have always been right in line with other smartphone devices for the most part. Apple believes that they have no reason to change their current price point.

Chief Financial Officer Peter Oppenheimer suggested during a recent interview with CitiGroup, that the company will keep making great products, and if they keep making great products, people will be willing to pay for them. So, based on previous history, one could reasonably expect the new iPhone to cost around $199 for the basic version, and up to $399 for the fully-loaded model.

Think about it, if you looked out the window of an Apple store when the new iPhones is released and saw a line around the block every time, why would you lower the price? The iPhone 4S sold an incredible one million units on the first day.

More iPhone 5 rumors have been floating around of a version being made available with less memory capacity at a lower price point. This smaller phone had a name tossed around of iPhone Nano (taken from the iPod line). Originally with the phone lacking a removable MicroSD card, a phone with less memory did not seem like a viable option. However, now with iCloud being available to instantly upload data, pics, music, etc. from your phone, the need for a large amount of built-in memory may not be necessary. And, who knows, maybe a removable MicroSD will be available in the new iPhone.

The camera on the iPhone 5 will be amazing, if every rumor is true. Even if only a few are true, it will still be a great camera. According to a few sources, Apple has recently filed for patents for a camera with 3D technology.

The camera on the iPhone 4S is 8 megapixels. So it is safe to expect a camera of at least that capacity on the iPhone 5. Some talk has been floating around of a camera up to 13MP; however a camera of this size seems a little unreasonable. I think either way, it’s safe to expect that Apple will not slack in the camera category, no matter what the final product is. In the iPhone 4S, Apple produced many upgrades to create amazing camera quality, and if the new camera is just as good, it will be nice, and if it’s better, well then that will be stunning.

Some recent pictures of what could possibly be the newest version of the iPhone have been showing all over the internet. These pictures supposedly came from a reliable employee in China at the Foxconn plant, which helps in the production of iPhones. This source also stated that there are many samples out floating around in the hands of Apple employees, so expect to see more rumors about the design soon. 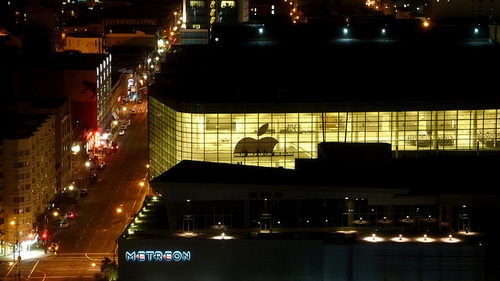 iPhone 5 News: Smiling on the Outside – The iPhone 5’s Exterior

From these recently leaked pictures, it appears that the general layout of the buttons will be similar to previous versions of the iPhone, including the home button, volume, lock, silencer, front camera, and receiver. The phone appears to be wider, longer, and slimmer than the iPhone 4S. Reports have stated that the new iPhone will have a screen size of 4″ or larger, possibly up to 4.3″ which is the standard screen size some of the more popular Android phones. 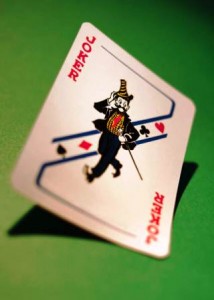 When the iPhone 4S was released, it came with an “intelligent assistant” in its beta version, also known as Siri. Siri quickly became a hit among people looking for cheap entertainment. However, its usefulness among users is still questionable. But what is not questionable is that Apple will come up with a similar improved version on the new iPhone.

Airplay and Airprint, along with many other useful apps that were introduced on the iPhone 4S will most likely be included. Also sure to be included are a few new apps. Once the iPad 3 is released, more news on possible apps should become available.

MasterCard/Paypass capability has been speculated to be built into the phone, which would allow for ease of access to pay at retailers by simply tapping the phone on the payment system.

Some of these iPhone 5 rumors will prove to be true, and some will not. Actual news for the iPhone 5 is still short, as with all Apple products until the device is officially revealed. However, there is some truth to rumors, and with all this speculation about both the software and the hardware of this exciting device, it is sure to entice the interests of smartphone users.

How do you feel about these iPhone 5 news and rumors? What have you heard? What would you like to see? Do you already have plans to purchase the iPhone 5, or are you waiting for more iPhone 5 news to see the actual specs? Or are you sticking with your Android device, or maybe possibly holding out hope for the new Windows Phone 8?