3D printing, the next big revolution

Contrary to what most people think, it is almost impossible to “forecast” the next big tech revolution but fortunately, we seem to have stumbled on another tech trend that might actually join the elite club of revolutionary technologies very soon: 3D printing.

When it comes to emerging trends, we may be able to make reasonable guesses based on previous experience (eg. Moore’s law) but if we honestly look back at some of the most important technological developments of the recent decades like the internet, computers, etc. we have to keep in mind that at the time, nobody imagined the potential benefits of these technologies. This is why 3D printing is so exciting.

3D Printing Within Our Grasp?

First of all, 3D printers have been around for more than a decade but the use of such technology was severely limited because it was extremely expensive and too bulky for mainstream use. Like the first computers, only the biggest and wealthiest firms could actually afford to use them. A typical commercial printer would usually cost around $400,000 and was used specifically to produce prototypes of special equipment or components for high-end products. Today, things look much different. The price of a 3D printer can go for low as $649 and prices of more expensive models are rapidly falling. Moreover, 3D printing is increasingly used for the production of final products, rather than just prototypes. Analysts predict that total output of final products could increase from the current 20% to 50% within the next decade. 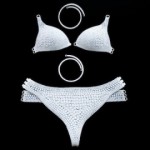 The Evolution of 3D Printing

The best thing about 3D printing is that it lacks a definite purpose and that is a good thing because it can be used for virtually anything. For example, just a few years ago it was used for relatively small products like jewellery, custom-made clothing accessories, medical implants and even solid-state batteries. However, today developers are pushing the boundaries of this technology. In March 2011, scientists in Bristol successfully printed a fully functional bicycle, and in June, they managed to print a bikini. This is hugely significant because it just goes to show how easily a variety of products can be printed with the same manufacturing process. 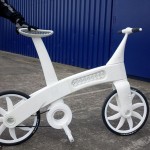 By reducing the costs of manufacturing products, 3D printing will provide unprecedented access to entrepreneurs. People will be able to go into business with less capital than they would normally require. For example, standard manufacturing methods require firms to place a minimum order of at least a few thousand units because it is very expensive for manufactures to re-tool their machines for each product. This is not a problem with 3D printing, where even a single prototype could be printed without any additional cost.

3D Printing is Here to Stay 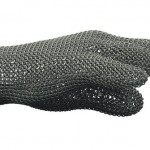 Even though I have fallen in love with 3D printing, I do not think this will become a household item overnight. Instead, this technology will most probably have a lengthy transition process from the business environment to the average tech-savvy household.

This technology promises to give virtually everyone the chance to become an inventor or an entrepreneur.  Going are the days when entrepreneurs had to wait for months and spend enormous amounts of capital to put an invention on the market (assuming the prototype got everything right). Coming are days when potential inventors would only have to build a 3D model of the particular invention and click “print”.  Thus, we wait impatiently for the 3D printing revolution to gather momentum.