In the first segment: Chromebook of this two-part review, we looked at the Chrome OS. In this second and final segment we look at the hardware that comes along with it.

Google is making its presence felt without actually investing in an independent production system. Instead, it has chosen existing hardware producers to create the Chromebook; the same strategy it employs with its Nexus Smartphones.

Right now both Acer and Samsung are offering the Chromebook.

The Acer Chromebook is the cheaper of the two, starting at $349. However, you will have to pay extra if you want the world-mode 3G function with you Acer Chromebook. This will also be slightly lighter than the Samsung Chromebook Series 5 (1.45 Kg < 1.48 Kg). 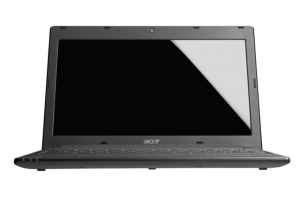 The Samsung Chromebook Series 5 comes in two versions: the Wi-Fi version ($429) and the 3G version ($499). While the Series 5 is more expensive, it boasts better specs including a larger screen and a more powerful battery. 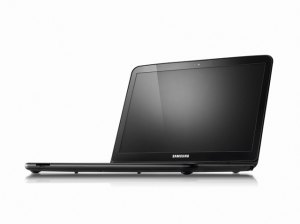 Interesting, according to iSuppli the Samsung 3G Chromebook is built with parts worth $322 (the retail price is $499). This cost excludes the price of labour, marketing, and other services. To put this in context, the 32GB 3G iPad is built with parts worth only $235 but retails at $730. The low profit margin is understandable because the market Google is trying to enter is already crowded and if it wants to get ahead then it has to be very competitive. The Chromebook may be a revolutionary product but it is not as exciting as the iPad. In addition, Google does not have the cult-like adherence that Apple enjoys, so it cannot depend on brand power alone. 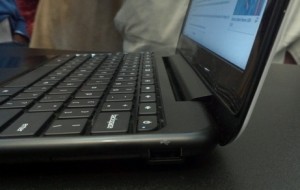 As with Android, the ultimate success of the Chrome OS will depend on how many manufacturers sign up. Right now, Samsung and Acer are onboard but rumors suggest that Asus might also be interested.

A number of sources claim that Asus may release its own Chromebook by the end of the year. While it is not entirely clear what sort of hardware Asus will feature, we are reasonably sure that it will include Nvidia’s Tegra 3 processor. If Asus does join in, it will be a huge boost for the Google. The company is already a major player in the PC market so bringing it into the club might help ensure the continued support and development of the Chrome OS.

Who Would Benefit from the Chromebook?

When Google first announced its plans to create a Chromebook, it was met with a steady stream of criticism. Many dismissed the Chromebook because they claimed it would not be able to substitute a standard PC (desktop, laptop or notebook) because it lacks the functions and services that we have grown accustomed. However, the validity of these criticisms depends entirely on the circumstances in which the Chromebook will actually be used.

First, the Chromebook cannot and will not replace a standard PC in its current form. However, this was not Google’s intention anyway. Instead, it is designed (in my opinion) to compliment a standard computer. Second, it will not satisfy those who use powerful software on a daily basis. Instead, it is geared towards users who will be more than satisfied with access to their email, work documents, YouTube, Facebook, etc. Thus, it is a superb low-cost computing option for individuals and firms who require minimum computing power to get their work done.

If businesses embrace the Chromebook, they will no longer need to sustain vast IT departments to constantly manage and upgrade software programs, especially if users have limited knowledge about IT. Imagine what this could do for schools, small businesses, seniors, etc. This will also remove the need for those costly data removal/transfer procedures that are necessary when someone leaves the company or replaces their computer because everything can be accessed online (ie. The cloud). The Chromebook will work marvels for a significant niche market, which does not require elaborate security systems or raw computing power.

Instead of forcing certain users to adapt to increasingly complicated technology, Google is offering a simplified version of the PC revolution. The era of the Chromebook is only beginning…

You can order yours on Amazon now. Check out The Dedicated Chromebook Page on Amazon