The latest SDK release also includes additional support features for the existing Air code. One of the most prominent inclusions is the added support for accelerometers, allowing equipped mobile devices to be used in conjunction with apps and programs. The new release also added additional support for cameras, videos, integrated microphones, hand and finger screen gestures and multitouch compatibility.

Probably more interesting is the fact that the update also provides geo-location/GPS support, which means developers can now integrate location services into existing or future applications. In previous versions this was not readily accessible, and since its increasing and widespread use has garnered a higher demand. It is especially useful in unique social entertainment applications and programs.

Adobe Air provides support for a plethora of devices including but not limited to Android, iOS and RIM’s QNX platforms. 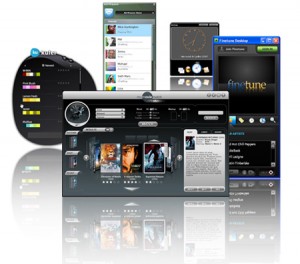 According to David Wadhwani, Adobe’s senior vice president of Creative and Interactive Solutions; the Adobe Air SDK will allow developers to create cross-platform applications without delegating separate teams for varying platforms – meaning they can focus on designing the application and port the end result to various support formats.

Samsung will be the pioneer company to use Adobe Air in their upcoming SmartTV series. The SmartTV’s are set to run social network and “web connected” applications through a simple and intuitive user interface. Samsung aims to allow users to browse online applications such as Facebook, email and web TV platforms like Hulu all via their living room couch. Surely this is Samsung’s answer to Sony’s GoogleTV.

For more specific information on what is included in the release and what benefits now exist visit the official Adobe Air website.

The official Adobe Air download link is also available on the official site. Keep an eye out here for further information on the release.