Users who wish to enter the world of professional media creation are no doubt familiar with the Adobe Creative Suite line of products. Simply put, Adobe Creative Suite 6 is as close to an industry standard tool as one can get in this era of multiple digital applications. In particular, Adobe’s Photoshop and Illustrator application are unavoidable for those in the fields of photography and digital art; and Adobe’s After Effects has gradually established a stronghold in the world of video effects.

Adobe Photoshop CS6 is the latest iteration of Adobe’s software bundle and in addition to the regular updates to all of the usual suspects, CS6 also features one major change – the implementation of an on-line subscription-based service called the Adobe Creative Cloud. This unprecedented change in Adobe’s business model has been controversial, to say the least. But exactly what does this change entail? 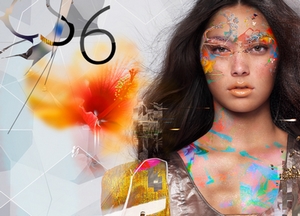 CS6 Creative Cloud service allows users to make use of the entire CS6 package on an annual or month to month subscriber’s rate. Users can pay anywhere between $30 and $70 a month to use the suite on up to two machines. In addition to all the features included in the boxed version of CS 6, the Creative Cloud package includes a plethora of extras that make it a great choice for designers of every stripe. Included is 20GB of online file sync service, the Lightroom application for photo editing and cataloging, Adobe’s new Edge and Muse tools for designing Web pages in the HTML5 era, the Touch application for tablets, Web site hosting, and a tablet publishing service. Finally the Cloud package includes access to a online community of creative’s to share tips, tools and creations.

Users who wish to buy a traditional, boxed edition of Adobe Creative Suite can still do so. All of the updated versions of the Adobe stalwarts are included in the boxed edition. As usual with a major upgrade of such a feature-rich package, there are literally hundreds of changes across the various included programs, which would take pages to outline them all. Some of the major updates include:

Photoshop 6 included content-aware tool implementation has improved considerably since version 5. Automatic background filling and image stretching are now almost seamlessly incorporated into the work flow. The video-editing features that were included only in the more expensive versions of Photoshop are now standard in all versions of the application. Hardware graphics acceleration, adaptive blur and wide-angle lens effects add to an already feature-rich package. Plus, Adobe has redesigned Photoshop’s interface to make it more streamlined, and it’s a joy to use.

The vector graphics program has made the switch to a 64-bit architecture that boosts the speed of its performance considerably. A new too has been added that allows users to convert bitmap images into vector art, which massively improves the functionality of the program. Finally, another tool has been added that allows images to be linked together to create repeating images for easily creating wallpapers and backgrounds.

This flagship video editing program gets a radically redesigned interface that (finally) puts the video clips in the center of the screen. Gone is the clutter of numerous clips littered with buttons that made previous versions a bit cumbersome to navigate. Instead, Premier now has a neatly organized bank of video clips in the lower-left corner that allows users to select and scrub through videos to any editing point that they may desire. This one small change in the user interface saved me an incredible amount of time and frustration while reviewing this software.

In Design With Adobe Creative Suite 6

In Design has incorporated more tools that focus on digital layout and publishing, not just print publishing. As the creative media world recognizes the prominence of mobile platforms, the new “liquid page rules” allows design elements of a page to be designated as anchored or movable so developers can control how their pages will look in horizontal or vertical orientation. Experienced designers will take advantage of this functionality, and I expect mobile sites to be far more varied and dynamic as this latest version of In Design gets more usage. A huge time-saving measure has been implemented with the creation of the content collector tool. This tool allows designers to harvest elements from one design and use them in another. Again, it’s one of those seemingly small, yet obvious changes that will eventually become indispensable.

Beyond the above mentioned changes, there are literally thousands of changes included in this updated package. The breadth of these changes would take countless pages to outline. The bottom line is this: The indispensable Adobe Creative Suite 6 has been made bigger, bolder, and deeper, while keeping much of the same functionality and intuitiveness of previous versions. 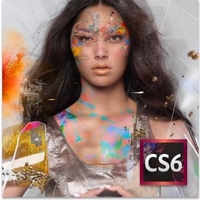 The new Creative Cloud service is, by definition, a work-in-progress, but it exemplifies Adobe’s commitment to creating a better, more feature-rich environment for the countless users out there who depend on the company’ tools for their livelihood. Adobe Creative Suite 6 is highly recommended, and is almost necessary for the creative professional. 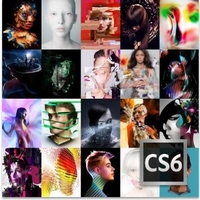 You can also get Adobe CS6 Master Collection for Windows

. If you’re a teach or student remember you can get them at a discounted price. (Verification is required after purchase.)