Adobe’s photo editing software is something of a novelty here at The Tech Labs, especially considering we have a decent list of tutorials for Photoshop. Unfortunately, most of Adobe’s software isn’t newbie friendly. Essentially, that means the average user would find it difficult to navigate and perform even the most basic functions in Adobe’s software.

Recognizing this, Adobe created a suite of photo editing and organizing applications that are designed for use by those who are less “tech savvy.” The user friendly software that we’re talking about is called Adobe Premiere Elements.

Adobe is now back with Photoshop CS6, and Adobe Premiere Elements 11. Both of which have been totally redesigned to be more “user-friendly.”

Adobe Photoshop CS6 And Premiere Elements 11, Back With a Bite 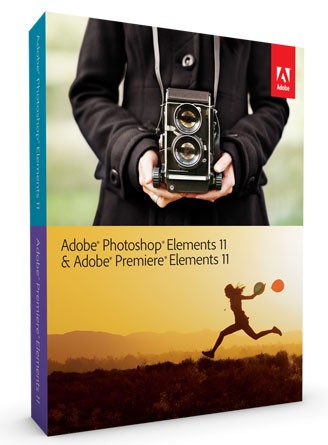 The user interface is what received the most change in the newer software versions. The UI has now been improved with more attractive colors and a more streamlined design. The theme, icons, and fonts are brighter compared to older versions, which had darker backgrounds and styles.

Both Premiere Elements 11 and Photoshop CS6 have now been designed to be seamless as far as the user interface goes. They offer the same basic features and photo editing modes (quick, guided and expert) so that if you’re familiar with one software suite you will have no problem transitioning to the other.

Plenty of new features have also been implemented. For example, both CS6 and Premiere Elements 11 now ship with a photo organizer that allows you to sort photos based on people in the picture, locations, and even events. A brand new feature in the Adobe photo organizing suite is the option to view Google maps geo-tagging information associated with a photo.

Brand new filters can be applied to photos with a comic book style theme, like pen and ink, comic, and novel. That is on top of the various filters that already existed in previous software versions.

Photos can now be shared easily via social networks like Facebook, YouTube, Vimeo and even email. You can import and manage your personal photos, edit all pertinent information, and perform visual edits. Once you’ve finished with the photo, you can then easily share it to your network of choice within the Adobe software- there is no need to open your browser.

Guided Edits, mentioned above, are new also. They let folks who aren’t so well versed with the Photoshop and Elements software to take advantage of the professional photo editing tools. Effects like vignette, high and low-key and tilt-shift can be used by following through a guided edit process, which helps you modify an image step by step.

Other new features include:

When Will Adobe Premiere Elements 11 And Photoshop CS6 Be Available?