The Amazon Appstore for Android has been around for a while now, and so has the unique “Test Drive” feature that allows consumers to try out an application before they decide to purchase it. Unfortunately, the Test Drive feature has only been available while browsing the Appstore on a computer, until now.

As it stands, Test Drive is not currently available on all Android devices which means some folks will have to wait a bit longer to try out the service. Nevertheless, it should not be long before Amazon has the Test Drive feature up and running on most, if not all, Android devices on the market.

What is The Amazon Appstore For Android?

It goes without saying, Appstore for Android is Amazon’s version of the Google Play market. Of course, there are some differences between the two and consumers looking to install Amazon’s appstore may have to go through some loops (we’ll get to that later). 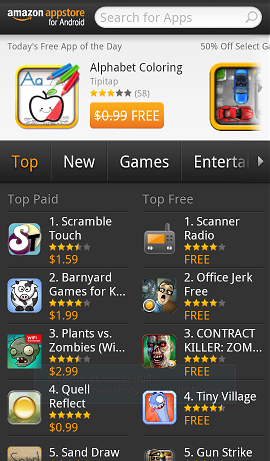 Appstore for Android allows consumers to purchase apps through an existing Amazon account and can be used separately from the Google Market.

Amazon offers a free app to download every day and also features discounts and sales on premium apps. The free daily app is enough to warrant the use of Appstore for Android, as there are often paid apps available for download for free.

The Amazon Appstore includes a user interface that is remarkably similar to the Google Play market, with a sliding featured apps banner located across the top of the window and sectioned lists of relevant apps. The Amazon Appstore is fluent, and browsing for new Android apps is straightforward.

The only issue with Amazon Appstore is that it uses a lot of hardware resources while running, which is not necessarily a problem unless the app is always running. It is worth noting that a task-killer, or the standard Android “processes” menu, may be used more frequently after installing the Appstore.

How to Install The Amazon Appstore For Android

There are several ways to install the Amazon Appstore for Android, all of which involve a little extra work (we know, we know, you are lazy, so we are going to make it as easy as possible).

Getting The Amazon Appstore For Android .APK File

1. The easiest method to download the Appstore for Android is to navigate to the official Amazon page, and enter your email address or mobile phone number in the top right window (pictured to the right). Once the information has been entered Amazon will send an email or text message to the mobile device with a link to download the Appstore APK file.

2. For devices without a mobile number, like a tablet or backup Android phone, users can navigate to the following Amazon URL, where they will be prompted to download the Appstore APK file.

3. As is common practice you can also scan the QR code on the page listed in Step 1, okay maybe it’s not common practice because most people don’t use QR codes, but so what?

4. You can also download the Amazon APK file (from Step 2) to a desktop or laptop computer and transfer it to a mobile device through email, cloud storage or through an active USB connection. 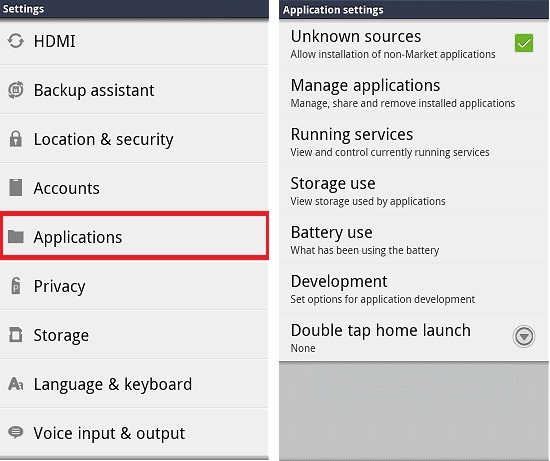 Once the APK file has been downloaded, you will have to follow the steps listed below in order to install the application on your Android device.

3. Locate the Amazon Appstore APK on your device, wherever you transferred the file (such as the link in a text message, email or the file on your device) and open it. Follow the prompts to install the application on your device.

4. When the Amazon Appstore for Android login appears you can consider yourself successful! Enjoy your new app catalog! 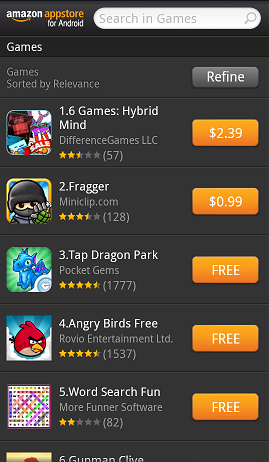 The Amazon Appstore For Android

Amazon’s Appstore for Android can be used in conjunction with the Google Play market. Some consumers may not like having multiple application markets on their device. We think that having multiple app markets installed, opens up many new opportunities.

As we mentioned above, Amazon does offer a free app every day and we recommend everyone that installs the app takes advantage of this wonderful feature. There have been quite a few premium apps available for free that were most certainly worth the time it took to open the Appstore.

Amazon also launched the Test Drive Beta for “select” mobile devices which allows consumers to try out applications before they decide to purchase them, and there is no additional software required to take advantage of the feature!

If you haven’t installed the Amazon Appstore for Android we recommend you do so!