I noticed that the Android App Inventor was being further developed by MIT and Google. I inquired about it to one of the co-directors of the project, Hal Abelson. After a phone conversation with MIT Professor Hal Abelson, I am personally thrilled with the latest developments in the new MIT Media Lab. My original inquiry to the professor was intended for use of some of the information he had personally posted. However, after seeing my original article, Professor Abelson informed me that there were some major errors in my facts. In light of his concern, the professor and I discussed the project and I now have a clear view of what they are preparing at the MIT Media Lab… I think. In any case, I offer my deepest appreciation for the professor’s time, which has been extremely well-spent other than when correcting naive journalists. 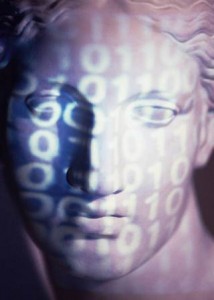 In August of 2011, MIT welcomed a new mobile learning center. The MIT Center for Mobile Learning is rigorously being developed for its release; which will likely be sometime within the first quarter of 2012. In late 2009, the Android App Inventor originally implemented by Google was made available to the public; attracting around 100,000 students, educators and hobbyists. MIT’s innovations in open software and education technology research make the collaboration of Google and MIT ideal for furthering the App Inventor.

The Center for Mobile Learning is co-directed by three of the finest minds at MIT: Professor Hal Abelson, Professor Mitchel Resnick and Associate Professor Eric Klopfer. In 2008, Professor Abelson proposed the idea that eventually sparked the development of the Android App Inventor. His proposal was inspired by Professor Resnik’s Scratch software and the fundamental programming blocks were created in Professor Klopfer’s lab. Formerly under the sole control of Google, the Andriod App Inventor has been shifted to the developers at MIT; although, Google is still significantly aiding in the development process and the funding.

While some people like to think about what the future will be like, the researchers at the MIT Media Lab are creating the future. The Android App Inventor is aimed at catering to both mobile application developers and the public. The ‘App Inventor’ will be available for free and it will allow people that are not tech-savvy to develop their own applications. There will be a distinctly separate MIT App Inventor that is going to be retained for the systems that originate at MIT.

The humbleness of the genius minds that collaborate at the MIT Media Lab is surpassed only by their contributions to the creation of a better world. Professor Abelson attributes the ideas and work to the ingenuity of his colleagues and the visionary leaders that support making possibility into reality. In the official MIT press release, Abelson stated that the “the new Media Lab initiative completes the circle.”

The development is still being conducted and the researchers at MIT request that any modifications done to the available code not be submitted until the project is further along. However, some of the source code is currently offered and can be modified but more work still must be done! 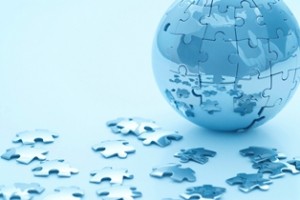 The Media Lab at MIT is conducting over 350 projects; all being performed by Lab designers, engineers, artists and scientists who wish to make tomorrow happen today. The projects include the development of new learning tools, digital approaches to neurological disorders and practical transportation that can help to create sustainable cities; to name only a few. Another focus of the Lab is to empower all people, everywhere with the ability to invent, design and share new ideas with the rest of the world. The Android App Inventor is only one example of their commitment to this focus.