Since the birth of Apple’s App Store in 2008, app developers have been drawn to the iOS platform more than any other platform in the market. Recent reports of a survey stated that Apple had received 86 and 89 percent of interest from a pool of over 2500 respondents (iPhone with 89 percent and iPad with 86 percent). Not far behind are Google’s Android phones, with a respectable 77 percent of developer interest. However, Android tablets fall behind at 64 percent. But the battle between the two mobile device makers has not influenced developers into only building apps for one platform. 49 percent of the respondents established that they preferred developing cross-platform applications, and 31 percent said they aimed for an impressive three unique operating systems.

Over the course of the last fiscal quarter, developers haven’t expressed much change in their opinions as to which platform they prefer building apps for. The iPhone has gained two percent interest and the iPad four percent for those who were classified as “very interested” in their respective platforms. Android phones saw a loss of two percent, while the Android tablets saw a rise of equal value. The largest change was seen in the increase of developers who showed cross-platform interest, which currently sees 88.4 percent of those surveyed conveying intent to develop for more than one platform. This is up from 68.9 percent saying the same thing in the last quarter – quite a significant jump.

Android is seeing very strong growth in the Nexus tablets, as shown by Appcelerator and IDC data. Given its own category, 58.3 percent of the surveyed developers saying they were “very interested” in designing and building apps for the Nexus devices. This is good news for Google, who has seen a rise in the popularity of these devices since their respective releases. The data also shows that developers are expressing more interest for this particular line of tablets than separate operating systems such as Windows or Blackberry.

Developers did not show much interest in the Windows Surface tablet, which was released last year. They have made it clear that Windows has a significant amount of work to do on their new mobile operating system if they want to be successful. Despite seeing a small rise in developer interest in comparison to last quarter’s survey, the Microsoft device still falls far behind the iPhone and iPad, and also trails Android and Nexus devices. 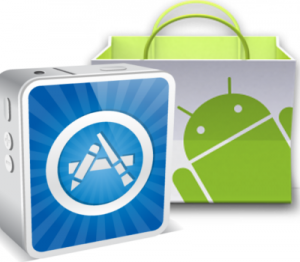 It has remained clear that developers are interested in iOS devices, likely due to the popularity and design of the devices, as well as a simple, clean App Store in which they are to be sold. While Android lags slightly behind Apple, it has made much progress over the last couple of years. It’s Nexus line of devices have seen an enormous amount of popularity and interest among developers, making it clear that hardware is just as important as software in the race to mobile dominance. Falling behind the leaders of the mobile device industry, Apple and Google, it seems that Microsoft and Blackberry are finding it quite difficult to gain interest from developers. As applications are the most important thing in most mobile devices, it will be interesting to see what platforms gain interest among developers in the future.