Apple has announced its top apps of the year 2012, and as always, there have been many in contention. The tech giant seems to have taken a liking to apps that not only create a great user experience, but also show creativity. Coming in as the top iPhone app is Action Movie FX and the winner for the iPad is Paper, an extraordinary notebook and drawing app designed by FiftyThree.

Every year Apple chooses top apps as well as top games, based on the number of user downloads. The maker of the iPhone was eager to announce that Rayman Jungle Run, from major developer Ubisoft, as well as The Room, a unique puzzle game that continues to fascinate, are this year’s top iOS games. 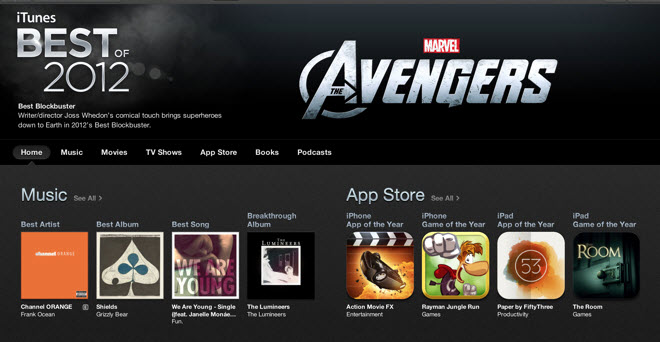 Although they came up just short of first place, being named runner up is still a mighty achievement for Propellerhead, a software designed to assist with music creation, and Green Kitchen for iPad, a cooking app that features recipes for healthy eaters and vegetarians alike.

Loren Brichter, former Twitter mobile developer, will be happy to see that his app Letterpress was named runner up for games on the iPhone, and Walking Mars for iPad received the same recognition.

Along with their regular categories for the annual awards, Apple also features unique groupings for similar apps, which include free-to-play games, and apps with different and intriguing touch interfaces as well as apps that have the ability to do amazing things with music and videos. Snapguide, a very well designed app was featured in the discovery section, and received a high praise from Apple.

In the music category, Frank Ocean won Best Artist, the band Grizzly Bear received best album, best song was given to Fun, along with We are Young, and the Lumineers were congratulated on their “Breakthrough Album.” Winning top blockbuster was The Avengers, and director Wes Anderson received an award for his role in the movie Moonrise Kingdom. 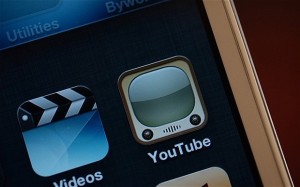 Every year as the holiday season approaches, people become anxious to see who Apple has named as the leader of the pack. Developers are also watching intently, as they know that an award would produce a surge in sales. In recent history, Apple has given nods to apps that attract the most customers, and can often be seen in advertisements for the tech giant across the globe. Developers are encouraged to bring their best when developing new applications, as they are given a fair chance to compete for the awards and titles of the best app of the year – a prestigious award that will most definitely further increase the popularity of their app, and any other apps they have created, or plan to create in the future. Congratulations to those who received awards this year, and best of luck for 2013.