One, two… HD. Apple has been set to unveil their latest iPad 3 on March 7th; however the latest buzz is that the name will not be as is expected. The new name that is being tossed around the tech realm is the iPad HD. The name is all but confirmed by numerous sources and the change begs the question: why?

One reason could be that the new device will be featuring the retina display that was included with the iPhone 4. So why not just call it the iPad RD? Well, that riddle isn’t difficult to figure out: it isn’t catchy enough. Although Apple’s primary focus is on technological innovation, a very close second is their focus on marketing strategy.

The iPad 3 Becomes The iPad HD 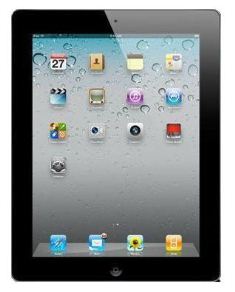 While iPad RD isn’t difficult to say, people would ask: “What the hell is RD?” Then, they would have to explain what retina display was and before you know it, the customers have purchased a Samsung or HTC. So it makes perfect sense that Apple would go with the iPad HD for the latest device’s nomenclature.

Where does this news come from, exactly? It can’t be Apple, they have better security than the that. Instead, accessory makers Griffin and Belkin seems to be the source of the leak. They have been rumored to be preparing complimentary products for an HD tablet and not the iPad 3. But don’t forget, there was a plethora of accessories for the iPhone 5, which ultimately became the iPhone 4S.

The iPad 3 or iPad HD: What Are The Specs?

What kind of processor will the HD have? Well, that’s another great mystery. It wasn’t clear whether the new tablet would have a dual-core processor or a quad-core processor for some time because there were several reports that indicated either. The most logical explanation when Apple is involved is simple: they are developing both.

Whether they are planning on releasing different versions of the same device or different devices is anyone’s guess. The two chips that are in development, according to rumors and speculation indicated by the Washington Post, are the A5X and the A6. The A5X is supposedly a ‘turbo-charged’ version of their current processor. The A6 would be the quad-core.

Better the iPad HD then the iPad Retina

The retina display should be a significant upgrade from the iPad 2 and the word around Twitter is that it will be more pixelated than a 42′ LCD TV. Regardless of the name, it’s certainly an anticipated product. Although it wasn’t supposed to be released until 2013, it may make it out this fall; just in time for either Christmas or Armageddon. While iPad 3 may not have been that bad of a name, ask yourself and ask your friends: would you want to buy the iPad HD or the iPad Retina?