Use the phrase “mobile technology leader” and the first brand that probably comes to mind is Apple. It seems like any mobile device they introduce to the market inspires more hype than any Hollywood celebrity and flies off the shelf faster than batteries during a hurricane.

The new and highly anticipated Apple MacBook Pro 2012 is no exception, but try to fish through all the hype for some real information on what to expect, and you may find that the technology rumor mill is as bad as Hollywood’s. For that reason, I have tried to detail some of the more likely features you’ll see on the MacBook Pro 2012.

1. A Lighter, Slimmer MacBook Pro: One of the biggest complaints about previous versions of the MacBook Pro is that it is arduous to carry around when compared to other Apple products. As a result, according to the International Business Times, Apple is going to try to “bridge the gap” between the heavy, clunky MacBook Pro and Apple’s slimmer and lighter MacBook Air. To put it in perspective, the current Pro weighs about 5.6 lbs, whereas the Air weighs an airy 2.6 lbs. Apple’s desire to create a MacBook that is slimmer and lighter may influence the other features included on the device, so consumers may experience a tradeoff. More on that later. 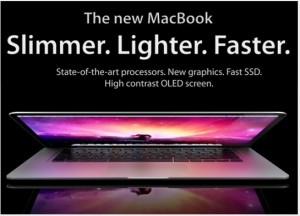 2. A Faster, More Functional Operating System: Apple released its Mountain Lion Operating System a few weeks ago, so it is likely that this will be the OS used on the new MacBook. It is fully integrated with the iCloud, so it will be really easy for users to sync with their other Apple devices, like iPads, iPhones and iPods. It also will include more functionality and will host a number of built-in apps from its preinstalled application collection. Finally, it includes automatic file backup and recovery, which is very important if you’ve ever fried your computer with a cup of coffee.

3. Lightning Fast Transfers: Rumor has it that the new MacBook will make use of Thunderblot technology. According to MacWorld, Thunderbolt is a new peripheral-connection technology, developed by Intel with collaboration from Apple, that combines data, video, audio, and power in a single connection. It is the fastest way to transfer data between a PC and peripheral and display devices. A Thunderbolt channel can provide up to 10 Gigabits per second (Gbps) of data throughput—and each Thunderbolt port includes two channels. Thunderbolt is also bi-directional, meaning it can transmit and receive data at the same time. It can download a full-length HD movie in less than 30 seconds and backup one year’s worth of audio files in just over 10 minutes.

4. An Updated Processor: According to the Eastern Morning Herald and several other “inside sources,” the new MacBook is going to include Intel’s new Ivy Bridge Processor. While this hasn’t been confirmed, if you line up the timelines between Intel’s processor release and Apple’s MacBook release, it seems likely to happen. If the MacBook does include the new processor, users will experience graphics power and multimedia processing that is about 65% better than previous Intel chips. They may feel speeds of up to 3.7 GHz and see the crisp picture brought about by HD 4000 graphics. And, for the icing on the cake, according to Eastern Morning Herald, the Ivy Bridge Processor will be able to support Retina Display.

5. A Crisper Picture: While the fact that the Ivy Bridge Processor promises HD 4000 graphics is nice, add in Apple’s new Retina Display and you have a whole new viewing experience. It was included on the most recent iPad release, so it seems likely that Apple will include it in its newest MacBook. The bottom line with Retina Display is that the picture is so clear (we’re talking 2048 x 1536, 3.1 million pixels clear) that the human eye cannot see individual pixels. Also, rumors indicate that Apple will compliment the Retina Display with anti-glare technology, causing much joy among Apple users. The one caveat with the Retina Display is that it could force Apple to sacrifice on size and weight. If it’s included, Apple may not be able make the MacBook as thin and light as it would like. Even if it does not include actual Retina Display, the new MacBook will definitely include better graphics and images.

6. A Smarter System: Apple recently won patents for “smarter” full-surface trackpad technology and is likely to include this on its new MacBook, according to the International Business Times. For anyone who gets frustrated when they hit the touchpad as they are typing, this will be a lifesaver. It supposedly has an “accidental touching sensor” which can tell whether your finger or your palm hits the pad and will ignore the palm hits.

7. Clearer Sound: For the music lovers of the world, rumors are circulating that the Apple MacBook Pro 2012 will include a Surround Sound System. According to Patently Apple, the company has been working on a sound system that will provide a near full range response frequency resulting in both low- and mid-range frequencies and will sport an audio transducer. Again, this is one of those features that could force Apple to sacrifice on weight and thinness, but may well be worth it for consumers.

8. A Brand New Hybrid: Apple aficionados have been clamoring for an iPad/MacBook hybrid device. However, this seems highly unlikely. The success of both devices individually means that Apple would probably take a sales hit by combining the two products. In other words, if this is what you’ve been dreaming of, keep dreaming. 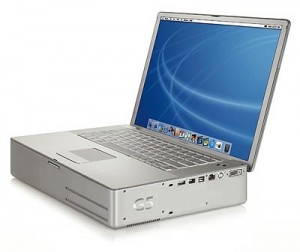 So, with all this hype and all these exciting new features, when is the Apple MacBook Pro 2012 being released? The rumor mill has answers for that question. In February, reports were circulating that the new MacBook would be released in April, but that obviously is not the case. However, with Intel releasing its first batches of the Ivy Bridge Processor on April 29th, a May or June release date seems more likely. Additionally, many third party retailers are starting to report shortages of the current model MacBook Pro’s. A couple months prior to release the newest Apple TV, third party retailers reported similar shortages of that device. So, if history repeats itself, a June release date seems the most likely scenario. Between now and then, however, watch the rumor mill for more clues as to what might be in store.