It’s the season of smart watches. Pebble took a giant leap forward in personal computing when they brought out the pebble e-watch/smart watch. It was an unexplored territory and the first foray was a solid one. However, the pebble watch lacked some crucial features, chiefly a robust OS. When we talk about robust Operating Systems its hard not to mention Apple. Apple is all set to make its own foray into the smartwatch market with something being billed as the iWatch. The iWatch will reportedly run a fully-equipped iOS. Targeting a year end launch, the iWatch prototype is getting all the required adjustments.

The iWatch has one major problem, battery life. The iWatch supposedly runs out of juice after a couple of days. But for the watch to see any practical use, it needs to run, at the very least, for five days minimum. Apple is looking to scale up the battery life before they launch the iWatch in public. On the other hand, news that Apple is going to opt for iOS instead of any other alternative system for the iWatch has interesting consequences. It is heartnening that Apple did not try to bring out an alternative watch operating system akin to the separate nano operating system it released in 2010.

Implementing iOS in the new watches has its own advantages. The watch will also run a code base similar to that of the phones, thus ensuring uniformity across its entire mobility line. This has tremendous applications for all third-party developers and additionally ensures familiarity for new users. It would be interesting to note that Apple’s original OS was billed as being almost the same as the OS X, but later it came to be referred as the iPhone OS and eventually the iOS. The watch OS might also take a similar direction and branch out from the phone and tablet version, once modifications are developed accommodating its various features. 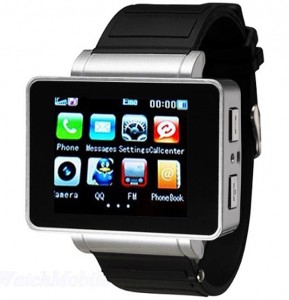 Apple is rightly betting on better battery life. A wrist-top computer only holds value to a user if it operates inconspicuously.Wearable computing’s chief attracting feature is its ability to integrate into your day-to-day life with ease, more than tablets or smartphones. An iWatch that requires charging every day will never be able to hold any sway over the users. Watches virtually require no charging as of now. But since it is going to be a smartwatch, an allowance can be made for it owing to its potential for running awesome apps.

Some users however, are of the opinion that a watch that requires charging even once a week is too much of a stretch. Wearable computing will surely see a lot of revolution in the near future, chief among them will mostly be improvements in battery life. Proper pathways need to be developed for information transmission between the watch and your smartphone. The development of the device will be shrouded in the usual Apple mystery, but rest assured that device makers and Apple fan-boys will be snapping at the developer builds of iOS, looking for any signs of news on the contrary.