Asus has partnered up with Primesense to produce and design the Asus WAVI Xtion game console.

Primesense is an Israeli based company that helped design the Kinect, which is Microsoft’s motion gaming peripheral for the Xbox 360. 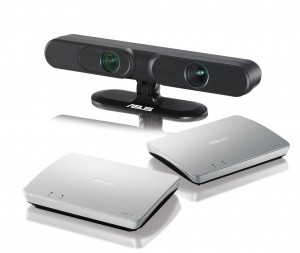 The Xtion will allow consumers to navigate their PC via a television using motion sensing controls- completely eliminating the need for a standard remote. Much like competing game consoles the Xtion will also offer full PC gaming and tailored motion game support. This means users will be able to play several motion control games designed specifically for the Xtion, as well as play modern PC games on a television using motion controls (future plans).

Of course the Xtion will also offer full multimedia browsing and playback support, which ultimately means consumers will be able to browse their hard drive for videos, music and media using motion controls. All that media can be played, just as it would on a standard computer, only the media will play via the connected television.

So instead of setting up a bulky HDPC or relying on gaming consoles for substandard and limited PC features; everyone will now be able to take full advantage of a PC while sitting on the living room couch.

The Asus WAVI Xtion game console was unveiled at Computex 2011 (May 30) in Taipei, Taiwan. Asus has not revealed a pricing plan or MSRP for the Xtion nor have they released information as to if or when the device will release in North America.

The Asus WAVI Xtion game console will ship with three bundled games all designed to show off its motion sensing capabilities; MayaFit, Beat Booster and DanceWall.

But individual success will likely depend on external support for the device as with most gaming consoles. Third party developers will need to adopt the Xtion and create additional games and software in order for it to become a game changer.

In addition to gaming and media the Xtion will also offer full social network application and internet support. An integrated browser will allow consumers to surf the internet and social networks interactively via motion sensing controls.

Not to mention the numerous unlisted applications and intuitive uses for such a device. If third parties certainly do adopt the Xtion, consumers will likely see an endless supply of new features and applications. 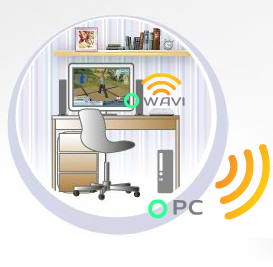 The Asus WAVI Xtion game console connects to the related PC through USB and to the corresponding television via HDMI, and broadcasts up to 25 feet away at a 5GHz bandwidth. Asus advertises that the high bandwidth is enough to support a full 1080p high definition signal without serious lag issues.

Asus will also be launching an online store front rightfully called the [email protected] store or simply the Xtion Portal that will offer on demand media and gaming options.

It sounds like Asus has all the bases covered and plans to directly compete with Microsoft, Nintendo and Sony. Only time will tell if Asus is truly worthy of entering the gaming market.

The Asus WAVI Xtion game console certainly has the potential to satisfy all serious PC gamers, and will definitely offer features that consumers have been waiting for since the console gaming industry began.

Are you looking forward to the release of the Asus WAVI Xtion in North America? Are you a developer interested in designing applications and games for this new console? Do you just plain think the console will fail horribly against competition? Please come join the discussion and let us know all your thoughts, opinions and predictions in the dedicated Asus WAVI Xtion game console forum thread.