The program named WinX Blu-ray Decrypter may help you in this aspect. It is a professional Blu-ray backup program to decrypt and back up Blu-ray movies as Blu-ray folder or M2TS video file on PC. 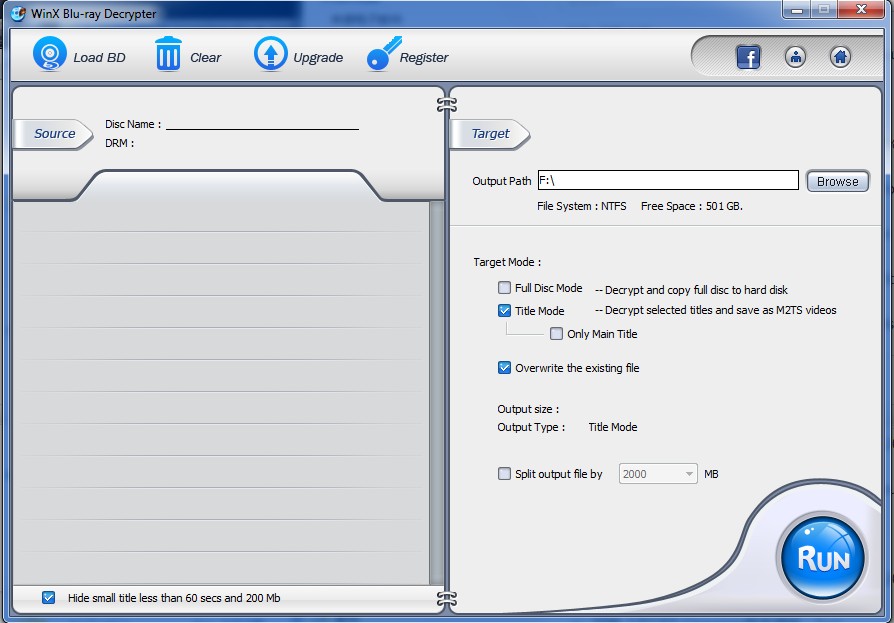 WinX Blu-ray Decrypter works in two modes: Full Blu-ray Backup and Title Copy. You are free to use it to back up your full Blu-ray movies or just some titles you love most while preserving the original video/audio quality.

You don’t need to worry if the Blu-ray Disc you want to copy and back up is encrypted, as WinX Blu-ray Decrypter is able to remove nearly all known Blu-ray related protections such as region code, UOPs, AACS MKB v25, and BD+ copy protection. It will give you freedom to manage your Blu-ray movies well.

This Blu-ray Decrypter keeps you away from worries about disc missing or damage. You can try it and will surely find it your good helper.

WinX Blu-ray Decrypter is normally sold at $49.95, but now you can get it for free at Digiarty’s Summer Giveaway. If you want to give it a try, just hurry up and grab the software for free as the giveaway will be invalid after May25, 2012. Meanwhile, you can vote for another DVD/video backup/ripping/converting software by Digiarty and have a chance to win it in the next round giveaway.