Computers come in varying sizes, and can be adapted to fit in a large variety of custom case mods. Sure, the Raspberry Pi will eventually make for some notable portable computers and some seriously gnarly custom case mods and designs – but the product isn’t available for everyone at the moment.

Unfortunately, we’ll have to quench our thirsts for case design by checking out some stunning case mods that have been tailored for regular computers (and by regular we mean computers that are larger than the credit card sized Raspberry Pi). Nevertheless, there’s plenty of breathtaking computer cases in the wild so our desires can certainly be squandered in the meantime.

WMD – The Weapon of Mass Destruction 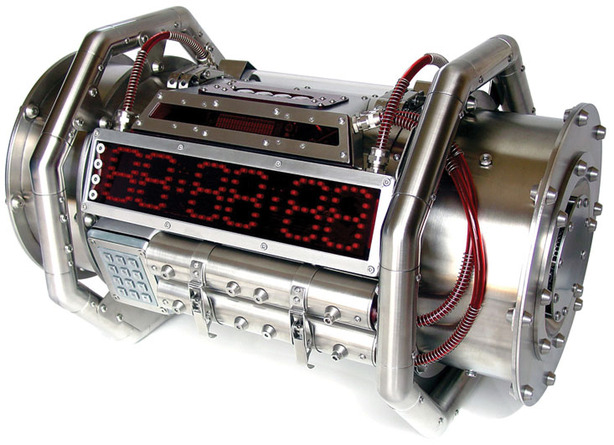 Bush searched far and wide for Weapons of Mass Destruction, it’s too bad he had no clue there was one right under his nose- within the country borders. Bit-Tech designed a WMD computer case, which was originally born thanks to an idea of ignoring traditional box designs. Most computer cases are designed with a tower shape, and Bit-Tech wanted something “outside the box”.

The WMD is one badass mod and makes for one hell of a machine. It’s hard to picture something as magnificent as the WMD case chillin’ on someone’s home or office desk,  but if we had one of these babies lying about there would be no complaints.

The WMD resembles a working bomb, complete with a timer LCD panel and some aesthetic style water cooling tubes (they look like wires). We have some advice for the secret task force who has been called in to disarm this thing; remember, always cut the green wire.

There are no words to express how impressive this case is, okay maybe there’s one – Portal. This custom case was obviously inspired by Valve’s fictional Aperture science labs featured in the Portal series.

As you can see from the image, the case is outfitted with a custom paint job meant to match the destruction of Aperture. We love the paint job, but we find it increasingly difficult to remove our eyes from that attractive companion cube. We’ve had too many nostalgic experiences with that lovely heart-stamped box.

Not much information has been given about this case other than an obligatory image, but an image is enough. Consider us inspired.

Remember, do not return that companion cube to Glados – no matter what she promises in return.

The rightfully named, “Recycle Your Computer” case mod, crams an entire computer into an aluminum mesh trash can. Did we mention how fantastically trashy it looks? Oh, we did? Sorry. 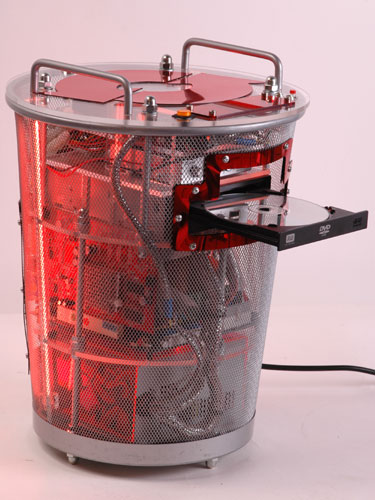 We can’t help but think that this case wouldn’t be practical in an office environment. We can also see scenarios playing out if this mod is used at home, where Mom might take out the wrong kind of trash. 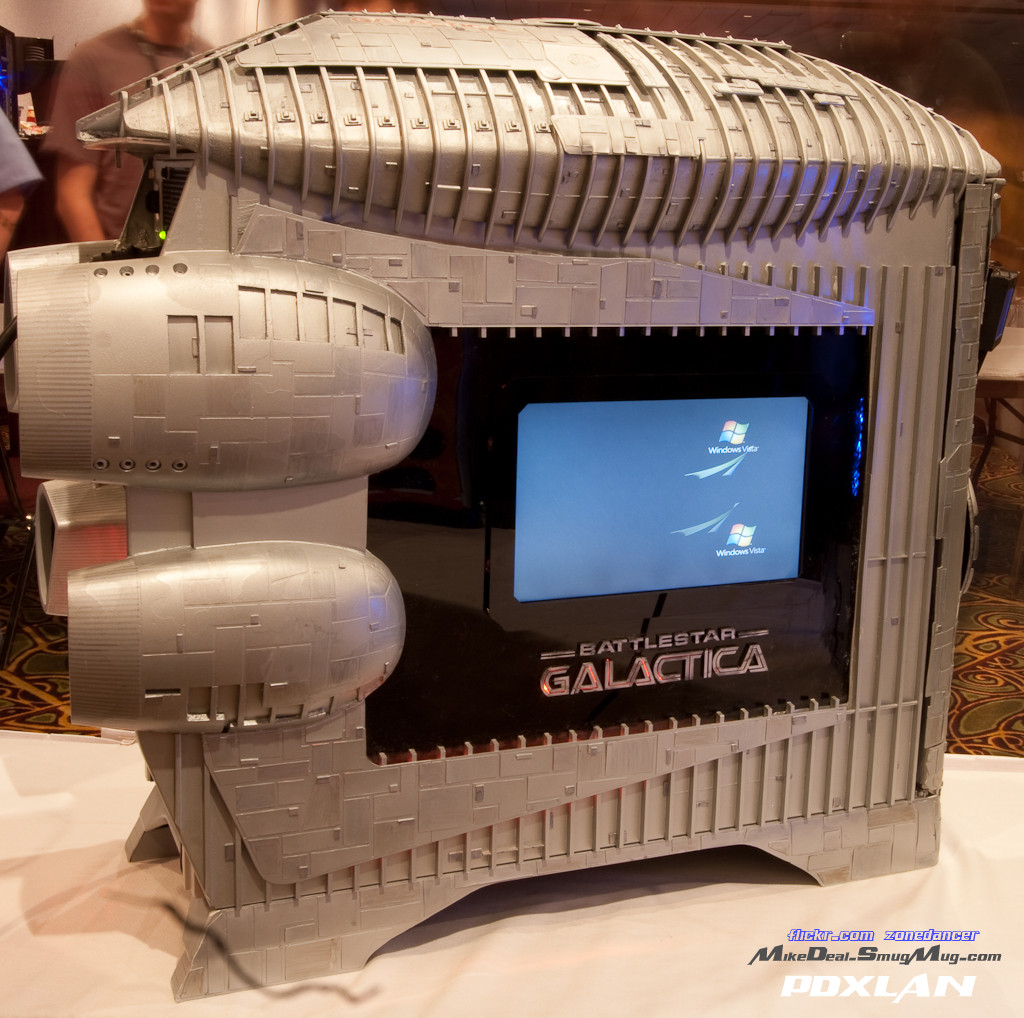 This case mod includes the entire computer, with an added LCD screen. As you can see from the image, the case is designed to look like a Battlestar ship. We’re curious if those afterburners fire, or at least light up when the computer is on. Sadly, we haven’t been able to find any other shots of this wondrous case mod, so one image will have to suffice.

If you look closely, you can spot a Cylon in the background – those damn pesky androids. 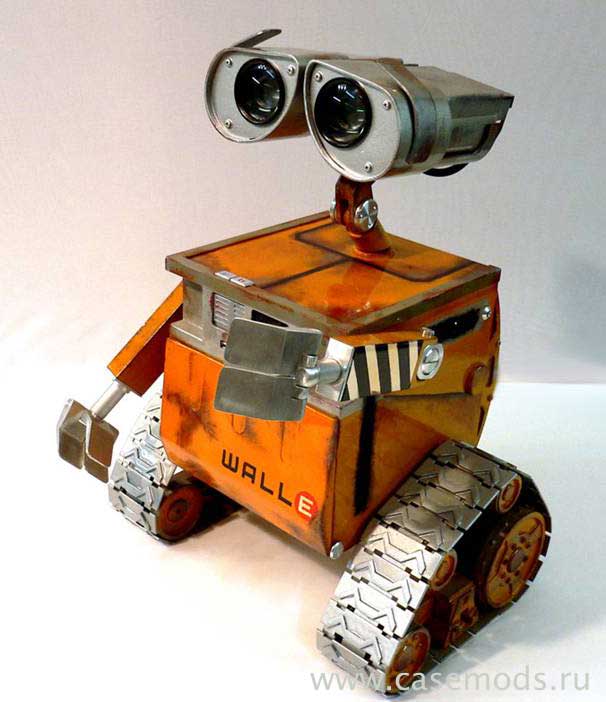 Apparently Disney Pixar’s Wall-E animated film inspired a few Russian designers. This custom Wall-E case was whipped up in a total of 18 days and includes a solid metal body.

All metal pieces were custom cut from metal sheets, and were used to complete the entire case. The Wall-E case is nearly identical to Pixar’s animated version, complete with a working optical drive and internal power supply.

Imagine having one of these guys sitting at your desk, we’re guessing productivity would go down for weeks.

We’re reluctant to end this article because we love browsing custom case mods, so here’s one more we found. 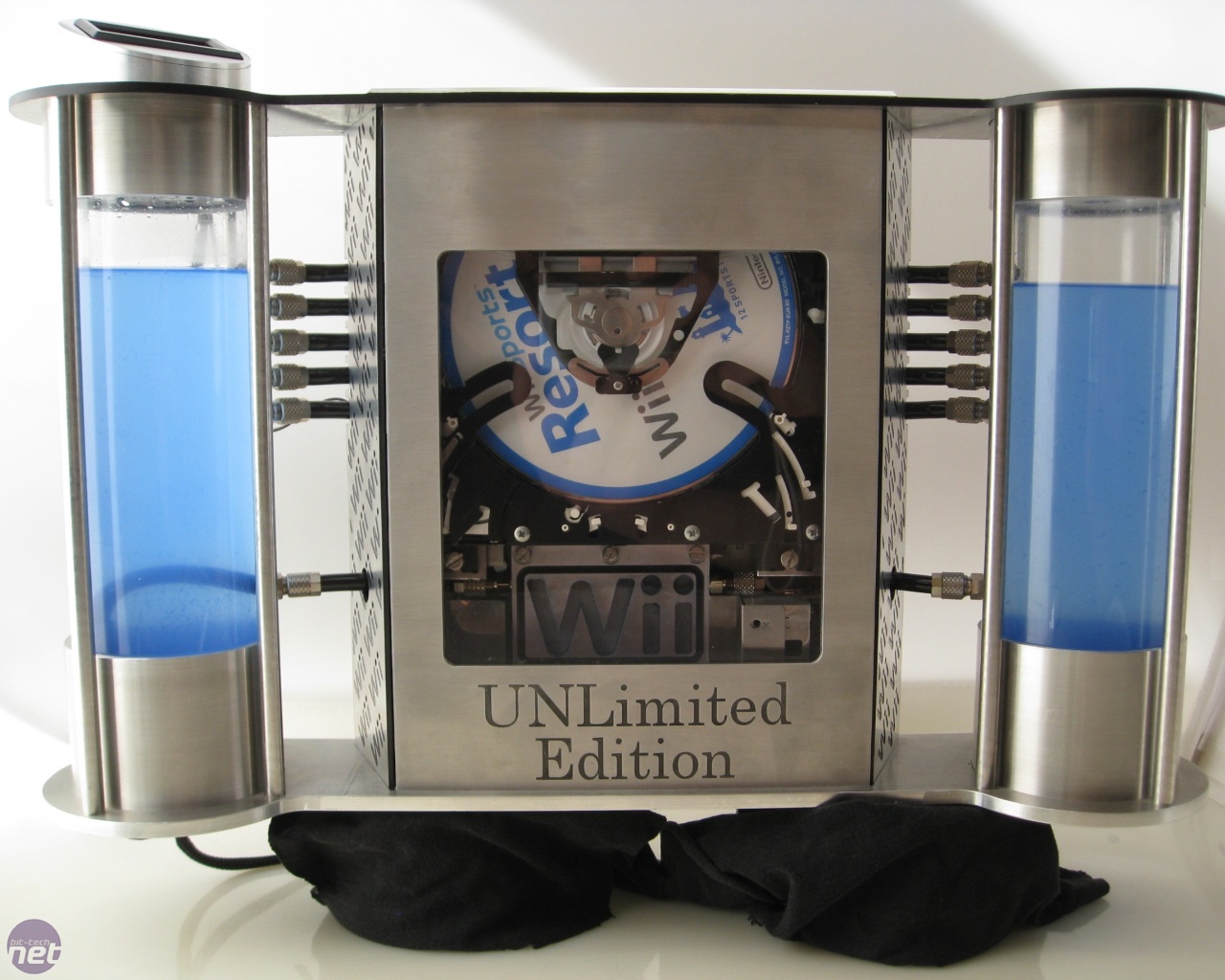 This next mod wasn’t exactly designed for a traditional computer, but it’s still worth mentioning. The Unlimited Edition case was designed for the Nintendo Wii entertainment console, and it is sexy!

It reminds us of a contraption one would find in an Umbrella Corp lab, thanks to the side water cooling tanks, which resemble T-Virus vials. The entire case was designed by 32 year old Martin Nielsen from Denmark. It incorporates all the Wii hardware components and adds a complete water cooling system.

We’re not entirely sure a Wii needs a water cooler, but we do think  that maybe Microsoft should toy with the idea considering the Xbox 360 has been plagued with overheating issues. It’s a shame that video game consoles don’t come with sweet cases like this one off the shelf.

There Are Many More Case Mods Out There

Obviously this is anything but a comprehensive list of the best case mods, there are plenty more out there. If you happen to come across any impressive case mods, please feel free to share them below!