On June 15th, Google launched its Chromebook and it’s already making its presence felt. This is immensely significant for two reasons. First, Google is stepping into the business of creating fully functional operating systems. Second, it is signalling a new era of cloud computing. Like all things Google, this may simply be the stepping stone to something even bigger.

The Chromebook: It is All in The Clouds 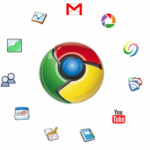 The Chromebook is built on an idea: the internet. Already, we can satisfy most of our needs online including work, entertainment, socialisation, etc. The Chrome OS has been designed to get a certain class of users (i.e. most of us) on to the internet as quickly as possible. By completely redesigning the operating system and creating the hardware to go with it, Google is radically transforming the idea of the traditional PC. 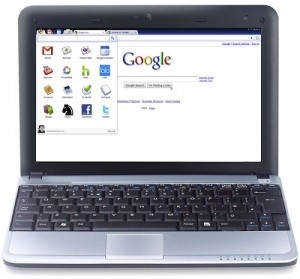 Open Source is the pride and joy of Google and it always make sure to emphasize that fact. The Chrome OS is based on Linux and whole bunch of other open source systems. Now there are obvious strengths associated with open source software including the ability to create a system based on the expertise a larger pool of developers. Since everyone can contribute towards the development of such systems, they are very flexible and can rapidly evolve (at-least in theory). On the downside, Google may find it hard to actually coordinate the huge amount of input and ideas and this can have some negative consequences. We have already seen the same problem with Android.

The biggest concern has always been security but Google makes a very good case for the use of the Chromebook. One common method of infection is out-dated apps. The Chrome OS takes care of this through the auto-update process. It also fully utilizes the ‘sand box’ concept to limit the exposure and spread of harmful software. Another important feature is the verified boot process that scans the system for any compromises. Google claims that this is the most secure operating system available. Now many might wonder if this is even possible considering the fact that the Chrome OS does away with the traditional defensive systems like an antivirus and firewall software programs. However, by stripping down the system and placing all operating functions on-line (ie. The cloud) the Chrome OS is not exposed to any harmful software as the traditional OS. The whole opportunity for infection is removed or severely limited.

The Chrome OS achieves a boot speed in less than 5 seconds because it manages to cut down on the number of tasks associated with the traditional boot process. If you have noticed, it takes about 14 steps to get from starting your computer to accessing the web browser. The Chrome OS does it in 6. 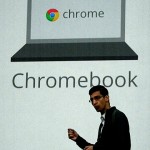 However, keep in mind that this is not altruism on the part of Google. The Chrome OS brings together an entire eco-system based on Google. Your apps, email, entertainment and anything else will now be part of the Google ecosystem. This is not necessarily a bad thing. An uncomfortable truth about our modern digital lives is that it is almost completely based on the internet. So having a computer that is dedicated to the internet could actually be beneficial to lots of people. 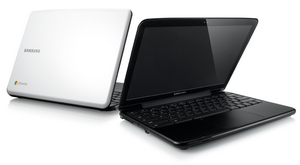 Read Part 2 of our Chromebook coverage where we review the available Chromebooks (Acer Chromebook and Samsung Chromebook) and figure out who would actually use them. While waiting for Part 2, why not order yours on Amazon now? Check out The Dedicated Chromebook Page on Amazon!