Laptops and netbooks certainly brought a new era of convenience to computing since the first portable computers were introduced in the 1980s. However, any feelings that the rise of laptops necessitates the end of desktop computers is quite obviously flawed. While many people, especially those with low-level computing needs have found that a laptop is perfectly serviceable, many purposes are simply only achievable with the power of a desktop computer behind them.

Laptops have their place, but the idea that a laptop should be the go-to computer for students, professionals and families alike is problematic.

On the basic issue of cost, a top-of-the-line desktop computer is almost certainly going to be cheaper than a laptop computer of the same specifications. desktops can also have lower ongoing costs. laptops and netbooks are notoriously difficult to repair with many components being built-in or otherwise difficult to access and replace. In addition, desktops can have a longer useful life, as the same ability to access components makes upgrading the system much more achievable. This is especially important for business computer use, as it is more likely that repairs and upgrades can be carried out successfully and quickly on your premises. With laptops, you are more likely lose access to data and need a replacement while your laptop is off being repaired at a specialist centre.

With laptops where keyboards and other elements are all part of the package there is very little room for customization. By contrast a desktop can be changed up with a new screen, ergonomic keyboard, your favourite mouse and so on. For anyone who spends long hours typing or working on their computer a desktop may also be a healthier choice, as there is no temptation to take the computer to the sofa and hunch up in a position that is bad for your back. A desktop requires that you sit at a desk in order to use it, which can make it easier to stick with good posture habits. 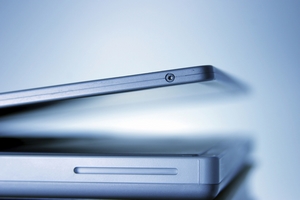 In addition, desktops can be bought with very large screens that would never be possible with a laptop, making watching movies and other media a much more pleasant and accessible experience, especially for families where a number of people may want to watch the screen at once. Even individuals can benefit from these larger screens when playing the highly-visual games that are now common. A number of desktops also offer touch-screen functionality for further use in gaming.

Both laptops and desktops have their uses, but the idea that desktops are obsolete is clearly false, given all the area in which desktop computers actually have the edge over the portable counterparts.