These days, every smartphone comes equipped with a camera. Hell, even standard phones include a low resolution camera now. That means, so long as you have a mobile phone, you can shoot photos at any time, no matter where you are.

Traditional cameras, at least of the digital variety, still take the highest quality images, especially when professional photography is concerned. Although, there are a lot of modern photographers that use an iPhone instead of a digital camera for different scenarios.

Regardless, most people don’t carry a real camera around anymore.

It doesn’t matter whether you’re using a traditional camera or a smartphone though, because you still have to take the device out of your pocket, or handbag, and physically capture the photos. The devices themselves won’t automatically take pictures, unless of course you set them in some kind of “burst” mode, but even then you still need to activate the shutter physically.

Wouldn’t it be refreshing if you didn’t have to worry about taking the photos yourself? We’re talking about a camera that automatically snapped photos throughout your day, without any further actions needed from you.

Sure, it seems kind of lazy, but it is a novel idea, to say the least. Oxford Metrics Group (OMG) will soon be launching a remarkable camera that takes photos all on its own throughout the day. 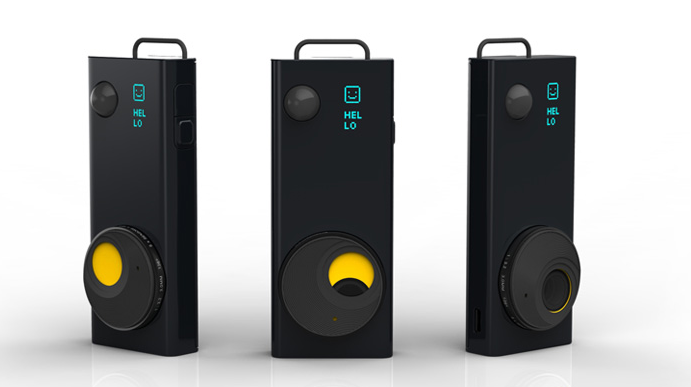 Document Your Life With The OMG Autographer Camera

It is not hard to pull out a phone or camera to snap a photo, but sometimes that’s just not possible. There are even times when you go to take a picture, but it’s too late, the moment has passed. 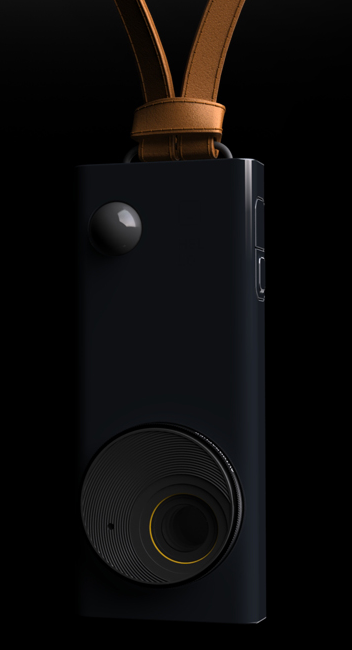 The OMG Autographer wearable camera will change all of that. The Autographer is a hands free camera that will remain around your neck and take “thousands of photographs a day.” The device will use six onboard sensors to choose the optimum time to take photos. More specifically, those sensors include GPS, a light sensor, a magnetometer, an infrared motion detector, an accelerometer, and a thermometer.

For instance, if you’re out in public and you turn around to greet a friend, the Autographer’s integrated sensors will snap a photo of the moment. OMG even outlined a scenario where the camera would take photos as you run to catch a city bus.

The Autographer will work just like the Google Glasses from Google’s Project Glass, except for the fact that you won’t be wearing the camera on your head. You’ll wear the camera around your neck, thanks to a lanyard attached to the device.

This brings up on obvious question though; how many images will be useless because the device is bouncing around while you move?

If OMG can address the issue of blurry photos and gruesome action shots, then the Autographer will certainly make for an awesome device. No one wants to see “thousands” of blurry action photos that were captured of your chest as the device spun around while hanging from your neck.

The Autographer includes a 5 megapixel wide-angle lens (136 degree field of view), equipped with a low light sensor. 8GB of internal storage ensures lots of room to accommodate the “thousands” of daily pictures the camera will capture. 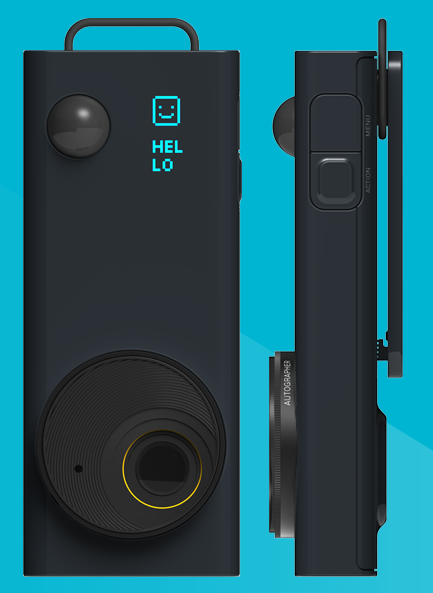 The Autographer will also be compatible with a smartphone app, and desktop photo editing software. The smartphone app will allow users to browse images taken by the device and tag or share them via social networks. Integrated Bluetooth support means you can connect directly to it, even while on the go.

So, if you wanted to show everyone photos of that hot chick (or dude) you ran into during your morning commute you could do so with your smartphone.

The entirety of local content can also be played back in about five minutes, via a function that displays images at a speed somewhere between the standard photo slideshow and stop motion film.

You aren’t forced to wear the Autographer around your neck either, thanks to its lightweight design you can also attach it to a jacket or belt, or leave it on a surface such as a dinner tablet during a party. The device weighs just 58 grams and has the dimensions of 37.4mm (width) X 95.5mm (length) X 22.93mm (thickness).

OMG claims the battery will last for a full day without needing a recharge, and you can use the device control panel to change the rate of image capture. You can specifically increase the rate of capture during “high octane” moments if you so desire. For times when you want to maintain privacy, you can just simply close the lens cover and the device will go into a standby mode.

As stated in the official press release, the Autographer will only be available in the UK at launch for £399. It is actually OMG’s first consumer targeted device.

OMG claims the Autographer is ideal for “professional and vocational users who place photography at the centre of their lives,” or for “life-bloggers who aim to capture and document their every-day lives.” Realistically though, this would be appropriate for anyone who wants to capture or record an event, without constantly taking pictures physically, thus resulting in them missing out on the experience. In other words, you are free to enjoy yourself, while still preserving all those memorable Kodak moments.

Unfortunately, there is no official word on a US release date or price at this time.