Thanks to Siri, voice-activated mobile, assistants are the latest trend. It seems like almost every phone manufacturer is now trying to accomplish voice dictation and voice search on a wide scale. The Samung Galaxy SIII and Samsung’s newer devices use Samsung S-Voice to do essentially the same thing as Siri. Of course, the latest version of Android, Jelly Bean, now contains a feature called Google Now, which is, a mashup of Siri-like assistant capabilities and live home tiles. For those of us that don’t own an iPhone, a Samsung Galaxy SIII, or a device running Jelly Bean, we’re kind of in the dark.

Sure, there are plenty of apps out there that implement Siri-like voice support on our Android devices but they just aren’t the same. There is something about the other voice assistant apps that leave you desiring more.

Luckily Nuance Communications is here to save the day with the Beta release of Dragon Mobile Assistant for Android. You may know Nuance for their Swype keyboard support. Just in case you didn’t know, the Swype texting system that allows you to move your finger along letters of a virtual keyboard to type was developed by Nuance.

Nuance recently acquired Vlingo, an all-in-one package deal that includes pretty much everything you would expect from a voice operated assistant. Before the acquisition Vlingo was quite popular in niche circles, because it had offered Android users with a free alternative to Siri. Believe it or not, not everyone wants to own an iPhone.

Obviously, the acquisition of Vlingo has led to the development of Dragon Mobile Assistant, and here we are. 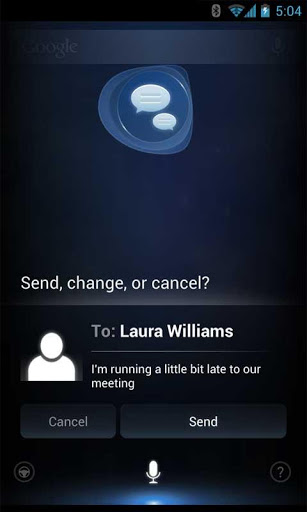 Michael Thompson, executive vice president and general manager of Nuance Mobile, said, “Consumers loved the original Dragon Go! and wanted even more, so we totally redesigned the experience in a conversational way and added the most popular personal assistant features.”

Dragon Go is a voice activated search app that automates the whole web search process. It enables you to search, and gain access to the appropriate content much faster than just doing a standard web search. For example, if you were to ask Dragon Go for movie showtimes, it will take you directly to Fandango with local showtime listings. You can download Dragon Go individually if you don’t want to deal with the initial software issues from the Dragon Mobile Assistant Beta.

That being said, the Dragon Mobile Assistant has been designed to complement more than just a web search. Dragon Mobile Assistant allows you to automate many tasks; with Dragon you can do things like schedule calendar appointments, dictate text messages and emails, update Facebook and Twitter accounts, check the weather, get GPS directions and find nearby businesses.

For example, some of the commands that Dragon Mobile Assistant will respond to are:

Generally, voice automation apps require you to press a button in order to wake up the software before it can be used. With Dragon Mobile Assistant, you can turn on voice activation so that the app will act as soon as you say, “hi Dragon.” There is an additional setting to allow Dragon to broadcast text from incoming messages, which is perfect for when you’re driving or keeping your attention elsewhere. You can also respond directly to text messages when they arrive, if you so desire.

A solitary Driver Mode even puts Dragon Mobile Assistant specifically into a hands free interaction phase. All inbound text messages and content are read out loud, and every function can be started through voice dictation.

Dragon Mobile Assistant Will Be Getting New Features

As we’ve already mentioned, Dragon Mobile Assistant is currently in Beta, which means there will be plenty of software bugs and issues. Nuance plans to iron out these problems and add plenty of new features before the end of the year. 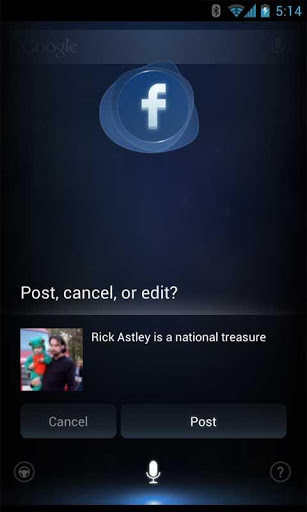 “Nuance is investing deeply in Natural Language Understanding and conversational dialog technologies. We will continue to add new innovations to the Dragon Mobile Assistant to explore what’s possible, and to push the limits of intelligent voice interfaces across all mobile form factors, including phones, tablets, PCs, cars, and televisions.”

Obviously Nuance is planning to take the Dragon Mobile Assistant software to other platforms in the future. Nuance isn’t the only cardinal player on the block though, there are plenty of other alternatives to Siri out there. Alternatives like Maluuba, and Evi.

After using Dragon Mobile Assistant for ourselves though, we’re pretty impressed with the current state of the app. Nuance has unquestionably struck a chord with Dragon.

Dragon Mobile Assistant is free to download, and it is available now via Google Play. Unfortunately, it is only compatible with devices running Android 4.0 (Ice Cream Sandwich) and above. However, Nuance is planning to make the software available to more devices by the end of the year. In addition, Nuance will also be constantly updating and adding new features to the app.

If you have an Android 4.0 device or above we highly recommend trying out the Dragon Assistant, it’s free, so you actually have nothing to lose. Plus, you would be surprised how awesome it is saying “hi dragon,” to your phone all the time.