Dropbox – The simple way to save files across multiple devices. And with a recently updated iOS app that focuses on photo sharing and viewing, Dropbox is better than ever. After announcing they had reached an astounding 100 million users, the Dropbox team has once again stepped up their game. It appears as if they are targeting a new demographic – people who would like a safe place to keep their photos and have the ability to share them across multiple devices. In the recent update, which followed an October release for Android, a new interface was introduced for viewing photos.

The switch between file names as a list, over to larger more appealing thumbnails, has made the experience of looking through uploaded photos more enjoyable for the user.The addition of a button on the home screen specifically designated to photos is also very helpful. Selecting an image will initiate a full screen mode, giving those photos more space. 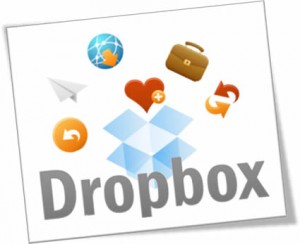 The full screen option is also available for documents, making them larger and easier to read than before. And for the user that has thousands of photos – a new faster scroller will be of much help when trying to find pictures at the top of the gallery.

In the iPad version, portrait mode moves the photo gallery to the left side of the screen, transferring the selections in order to view and share photos on the right. Although simple, the user still has control over what they would like to accomplish and how they would like to experience it. Achieving this is something other cloud storage companies have battled in the past.

For those who like to keep things much more organized, the Dropbox team has added a plus “+” icon, using which users can upload photos or files directly into a specific folder. All you need to do is to navigate into the folder of choice, and tap that new button, where you are given the option to upload something or create a new folder. Users also have the opportunity to download and mark their photos as favorite, or even share those photos on social networking sites such as Facebook and Twitter.

Photos in the gallery are automatically sorted by date, so finding the picture you took a few days ago and sharing it on your Facebook wall has never been easier. It is unknown as to where the guys at Dropbox are going with photo storage and sharing, but it seems that they have made all the right moves to date. 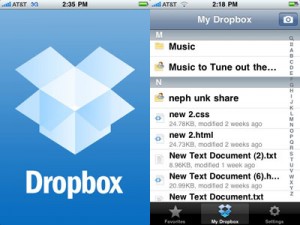 Other features in the new update include loss of text labels, and introduction of eye-catching iconography. Less important, but still noticeable, is the change to the icon visible on the home screen of all iOS devices. A shiny blue color, integrated throughout the app, and decreased complexity will give users a fresh feeling, making use of this service interminably enjoyable.

The carefully planned updates from Dropbox have given it the reputation of an extraordinary online service that transcends the way we look at online cloud storage. The company’s potential is seemingly limitless due to the ever increasing demand for a quality way to share files of all sorts. The usefulness that it provides to businesses and students is invaluable and is surely going to attract users from across the globe. This update was just another step along the way.