The mobile has never been more lucrative for Facebook. Facebook is taking increasingly emboldened steps towards the realization of their dream of ‘the Facebook phone’. The recently launched ‘Facebook home’ was a well planned gambit that sought to introduce the users to the idea having a Facebook-centric smart phone. Further along, Facebook has now acquired Osmeta, a start-up mobile software company based in Mountain View.

Osmeta produces stealth software for mobiles. It hasn’t been able to come up with any renowned commercial product yet. Founded by an Ex-IBM alumni duo, the Osmeta team consists of 17 engineers who credit themselves as being Herculean software engineers, researchers, and well-renowned hackers. The 17 employee strong Osmeta workforce is now a part of Facebook. This has been apparent for a while with a number of Osmeta’s employees listing Facebook as their place of employment. One even specifically mentions the move to Facebook post the Osmeta acquisition in March.

The company does not boast of any commercial product, but its field of work sure caught the interest of Facebook. Whatever Osmeta was working on was purportedly mobile centric and capable of running on several platforms. The name Osmeta is a reference to the ‘meta operating systems’, which is potentially a smart Virtualization technology which enables that enables running same ‘core functionalities’ atop any mobile hardware. This will effectively mean that the diversity in a mobile OS in the market is no longer going to be a contributing factor for application developers.

Facebook’s Osmeta move goes beyond a simple tech acqui-hire. Osmeta might just be the key to Facebook’s goal of taking the ‘Facebook home’ concept to every mobile device on the market and not just Android.

Whatever Osmeta has managed to build so far, however ambiguous, may facilitate Facebook’s spread across the current fragmented ecosystem of mobile devices. Facebook intends to quickly realize a consistent Facebook-centric experience across all available devices. Also essential is the scalability factor which will enable Facebook to adapt to any future flourish of new devices. 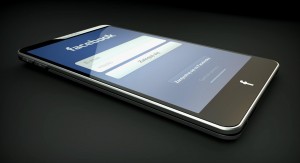 The dream of bringing Facebook home to ‘all devices’ is, for the time being, is an arduous task. The ‘Facebook home’ for iOS devices might be a potential glitch. However, Amit Singh, co-founder of Osmeta, has a fair bit of iOS experience that includes building Google apps for the Apple environment. Android on the other hand, is actively marketing a huge range of devices, which will result eventually in Facebook spanning out to many more devices across the global marketplace.

A generous amount of debating cannot answer the question of how, if at all, Osmeta’s team will be integrated with the Facebook team. There is a fair bit of guess work going around that Osmeta team might be involved directly in the future of ‘Facebook home’. Facebook however, will look to remain as aggressive as always in its endeavors. The dream of a widespread ‘Facebook home’ is approaching ever closer to reality. Facebook will now look to take over markets by pushing acquisitions of talent and IP. The chief goal here might be seen as Facebook’s desire to emerge as a leader in the mobile market and not just another follower.