Started off with access in just one university, Facebook has brought the world together. With more than a billion users accessing FB each month, innovating more is the obvious option for the company. For long, there were rumors about a “Facebook phone”. The phone was rumored to be powered by Android, would change the Facebook experience on phones. All that turned out to be true last week when “Facebook Home” was launched on an HTC device.

With the new development, your social graph is about to change. You will be able to know about the latest in the lives of your friends. Facebook has essentially integrated the news feed etc. on the home screen of the device, HTC First. This way, the brand FB will be one step closer to you in the digital world. You will not have to wake up the phone, go to the application and refresh the notifications. Seeing photographs and finding out where your friends are won’t be a slow process anymore. Facebook will always be supplying you information through its intelligent newsfeed.

Each time you will open the home screen, you will get a peek in the lives of your friends. The next step after this, for Facebook, would be to integrate all this in the lock screen itself. This would remove another ‘layer’, if you may call it, between the user and his friends.

The press event held recently for “Facebook Home” showcased the HTC device modified for Facebook, which runs on Android. This is quite similar to what happened while creating the Kindle OS. It has been done before and that is why the expectations are higher. The secrecy around the press was strictly maintained until April 4th. The only thing we knew for sure was that Android would play a major part in the change.

The whole point of making such a phone is to accelerate your interactions socially. Many people curse the digital world for having spoilt personal relations. The personal ‘touch’ seems to have disappeared. But with the Facebook phone, the interactions will actually increase. You will be able to reply to messages or comment threads quicker. You could also get an alert if your friend is nearby and you can ask him to join you. Facebook has already penetrated into many cities. There are innumerable outlets and businesses on Facebook. For some, it is like running a parallel setup on Facebook. The new interaction will be of much value to such people. 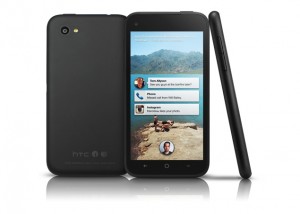 The Facebook Home will surely remain the hottest tech property for a while. Users would want to feel the experience on their own devices too. And with this, there would be a rush of people using iOS and other operating systems to get this application.