Ever since the launch of Facebook, critics were skeptical about its profit structure. A service running for free would always prove to be hard to continue. In fact, the day might not be far away when Facebook might go out of hands of its founder – Mark Zuckerberg. He is credited with taking the idea of social networking to a whole new level but what actually led Facebook to the top rung of the ladder was its innovative line of products like photo geo-tagging, the famous ‘like’ button, and the always refreshing ‘news feed’ among others. But these alone cannot propel the brand in near future.

To adapt with the growing era of mobile communication, Facebook has been targeting acquisitions more than building its own product. The point worth noticing here is that these have been based on financial figures rather than technological advancements. Facebook brought in the concept of ‘honouring’ developers by buying their products, but now it seems to be only about money. An example of that would be buying Beluga. What Facebook did with Beluga, as a Messenger, was repeated when it copied Snapchat’s idea of a ‘Poke’. But the recent developments in this case have been that Facebook is losing competition to recently launched Vine and Cinemagram applications belonging to Twitter.

With a monthly user range of around 56 million till 2012, Beluga has been one of the best buys for Facebook. Services like Beluga became important when the mobile customer started demanding alternatives to costly mobile texts. Facebook had bought the application in March 2011 and its previous ‘messages’ application, although pretty okay, had failed to strike a chord with its users. Even when Facebook bought Instagram for $715 million, there were criticisms from various corners on why Facebook had not already understood the ultimate viability of a mobile-based photo sharing application and paid a hefty amount for a product which could have been developed at the Facebook Labs instead. Even with Instagram behind it, Facebook Camera currently has only 1.5 million users. Imagine what the case would have been, had Facebook not bought Instagram! 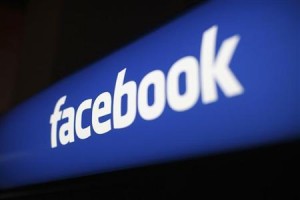 But Facebook, then, launched a slew of products which, it hoped, would give it a separate niche in the market. From copying Twitter’s ‘follower’ feature and presenting it as ‘Subscriptions’, to having a separate location discovery service similar to Foursquare et al, Facebook acquired a lot of other services. Even buying ‘Karma’ and transforming it into ‘Facebook Gifts’ didn’t provide the much needed momentum. And what Facebook did with ‘Poke’ brought out, and made clear, what Facebook’s actual targets had changed to. Although the authorities at Facebook say they developed the application in 12 days, believers say to build a copy of a product like ‘Snapchat’, it would not have taken a thirteenth day.

If Facebook comes out with a copy of Twitter’s Vine (newly launched feature in Twitter) in the near future, we might not be alarmed! Considering past experiences, Facebook might even do a good job at it. But originality still rules the roost and Facebook will have to think out of the box to become a leader in the area which it is been known to be a pioneer of.