Facebook’s data centers are a goldmine for hackers. It’s not a question of ‘if’, but ‘when’ will these hackers try to take control of the servers. With increasing number of threats on the internet, Facebook cannot remain insulated forever. And when it does come under attack, a huge cache of personal data will be at stake. It could result in cutting short e-commerce’s lifetime.

However, the good news is that the top talent at Facebook is now a part of their security team. Facebook is spending huge amounts to ensure there is no loss of privacy. Many white hats are being paid cash to identify holes or bugs.
Recently, Facebook was under a ‘sophisticated’ malware attack. Many of the Facebook engineers came under attack when they visited particular websites. But the authorities soon came to know of it and took the necessary actions. The police was called in and investigations have already begun. It seems the hackers were after the company’s trade secrets but did not manage to get anything. Anyhow, it is just a preview of what may happen in the future.

The Facebook database is considered to be one of the biggest on the planet. And till now, it has been able to keep the information secure. Others, though, have not been so lucky. Recently, 250,000 accounts from Twitter were accessed by hackers. Apart from this, passwords of 6.5 million accounts on LinkedIn were leaked onto the internet.

Facebook is different. Most of the data on LinkedIn and Twitter is already public whereas Facebook has strict privacy settings. Most of its data is hidden by default. This also means that there is a lot to lose for Facebook in case it gets hacked. In such a case, a few of users’ pictures and messages may be stolen. Or some credit card particulars might get into the public. But Facebook is ready for such a situation and will immediately quarantine the affected accounts. This is till the users log in and change their passwords. 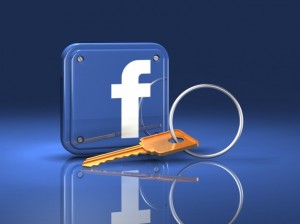 All this may not affect the users much but the trust will surely be broken. News agencies are always on the lookout for some big story. Such a story will certainly be inflated and told across all regions. And that is when the panic could start. It probably would be a comical situation too. This is because most of the people would be sharing such stories on their Facebook accounts. So Facebook, itself, would be propagating propaganda against it. Most people might not log off from Facebook permanently, but doubts will start cropping up in their minds. The already bad hit stock price would probably fall further.

Mark Zuckerberg’s law of content sharing increases the fears too. The law says that amount of shared content is doubled each year. This means that hackers can access more and more secret information. This combined with the fact that there is already a perception about Facebook’s privacy settings being deliberately confusing, could compound the fears.