Gadgets today are a necessity akin to food, shelter and clothing. This kind of propagation has uncharacteristically been unable to bring about new wonders to behold. Instead, there is an abundance of similar looking devices like’s tablets, phones among other things. Brands and the trust they generate in the audience causes us to ignore innovative products unless it comes from a brand you know. Sadly, not many of the market leaders are doing any worthwhile R&D.

There are a few cases of companies doing credible R&D, which rekindle our faith in their products. The imagination and innovative thought that is implemented by these select few takes them miles ahead of their competition. Their out-of-the-box thinking brings us closer to a reality where technology is available to everyone and not just a select few. As this year draws to a close, let’s take a look at the top five gadget ideas that have ignited the imagination of the audiences around the world. It remains to be seen how many of them will actually see the light of day, but the attempts are worthy of note.

Google Glass
While a productized model of this concept is a distant reality, this is one gadget that surely looks to be available on the menu for the future. Google presented the ‘Google Glass’ through a daring sky-dive atop a tall building and straight to Google founder Sergey’s Google keynote. The Google Glass is the prime must-have gadget of this century. 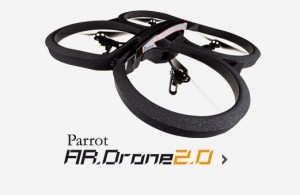 AR.DRONE version 2.0
Surveillance happens to be the reality of today. Drones that house cameras are patrolling the skies around the world. For those who wonder about the view from the other end of the drones, AR Drone from Parrot is a must-have. This handy little device puts an average user in the driving seat of a highly functioning surveillance device. Capable of flying hundreds of feet in the air, this device is controlled with pin-point precision by your very own iPad pilot from the ground. You can see live video feed on your iPad device and choose to record if you wish. Highly addictive this promises to be great fun.

Surface
Microsoft really pulled out a rabbit out the hat this year. There wasn’t any clue that MS was building the RT running tablet. But Microsoft managed to pull off a stunner. Housing the new ARM capable OS, this device is some distance away from perfect. But its unique presence in the marketplace is what renders MS Surface a must have.

Samsung Galaxy Note II
We have smartphones and then we have super-smartphones, the galaxy note falls into the latter. The super smart Galaxy note houses a technology called ‘Airview’. This new tech not only knows when a stylus makes contact but also recognizes when it’s hovering over the screen. The phone is also made aware of all the in-air gestures made by the stylus. This new technology puts the Galaxy Note atop the pyramid of similar smartphones. 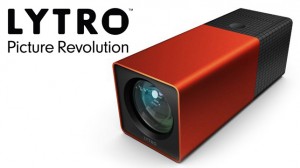 Lytro
A device that is remarkably the single image viewers of old available as souvenir’s in zoos. This camera and its oddball design lets you take pictures that tell tale after tale in high graphic detail. Doesn’t matter where you focus, this camera takes crystal-clear pictures with high levels of detail in every frame. Even users accessing the pictures over the web will be able to see the images with total pixel clarity. This is definitely a must-have for all you web-photographers out there.