Samsung has just unveiled the successor of the popular smartphone-tablet Galaxy Note. Samsung today announced the launch of Galaxy Note 2 at one of Europe’s biggest electronics show in Berlin as the South Korean giant is now focused more on innovation after losing a U.S. patent battle with Apple.

“Last year at IFA, we launched the Galaxy Note, which opened a new category of smart mobile devices. This year, again at IFA, I am proud to announce the Galaxy Note II, which will encourage users to ‘unleash their inner creativity.’ With a perfect viewing experience and unique and differentiated features, users can discover information and capture their ideas faster, express thoughts freely and manage tasks more efficiently. For anyone who wants to be creative, expressive and unique, the Samsung Galaxy Note II will be the ideal device, allowing users to live a life extraordinary.” 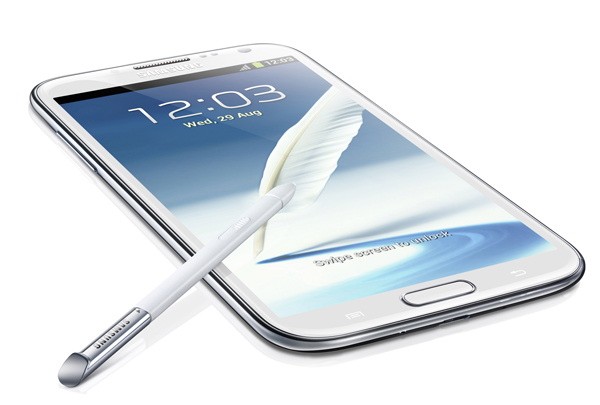 The Samsung Galaxy Note 2 has a huge 5.5 inch HD Super AMOLED display, with a screen resolution of 1280×720. It features a 1.6GHz Exynos quad-core processor, and 2GB of RAM. The Note 2 comes in three different storage capacities: 16, 32, and 64GB. The Note 2 features Samsung’s latest Touchwix Nature UX based on Android 4.1 Jelly Bean.

The “phablet” is only 9.4mm thick and weighs around 180g. Samsung says that the Note 2 doesn’t feel as large in the hand as its massive screen would possibly lead you to believe. The Note 2 will be available in a choice of two colors, Marble White and Titanium Grey and is pegged for a Q4 2012 launch date. There is also support for 4G LTE as well as 3G/HSPA+.

Like the Galaxy S 3 phone, the Galaxy Note 2 has a quad-core processor, a 1.9-megapixel front-facing VT camera and an 8-megapixel auto focus camera with flash on its rear.

During the launch, it was stated, “We have combined all the enhancements in the Note 10.1 into the Note II. The Note 2 is the most powerful smartphone in the marketplace.”

Samsung has come up with the new S Pen that has been upgraded, and now is longer featuring a rubber tip that makes writing 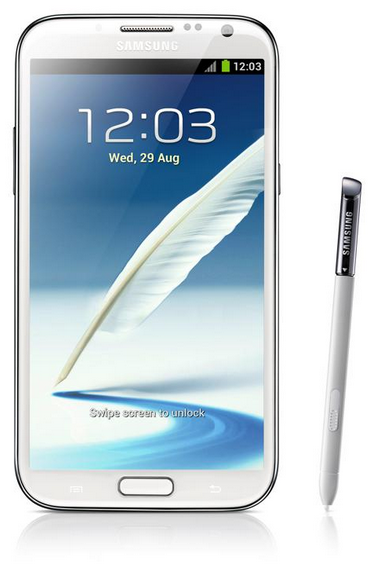 experience on the screen very much like using a pen on a paper. It does give a pleasant feeling, rather than tapping hard against the glass screen.

“Think about our good, old-fashioned diaries and schedulers. Some people refuse to give them away. Samsung definitely understands those people, and we think we’ve got something for them: the S Pen again.”

With this, Samsung introduced a new feature called S Pen Keeper that alerts users if their pen is too far away from the Galaxy Note, and the chances of losing or misplacing it is high. According to Samsung, the redesigned S Pen has 1,024 levels of pressure sensitivity.

The Note 2 has a new feature called the Quick Command that lets you write short commands, while the phone recognizes it and performs the appropriate actions. For instance, if you simply write “@joelfernandes”, it opens up the email client to send an email immediately. The Quick Command menu has shortcuts for calculator, email, call and several other actions. It even allows you to create your own custom commands.

An interesting and new feature in the Note 2, what according to Samsung is called as the Air View. The new Air View enables users to interact with the Galaxy Note 2 without the S-Pen having to touch the display. For instance, hovering over items in a gallery using the S Pen causes picture previews to bubble up. That is, the preview of the pictures will be shown without having to open up the folder. Interesting, Samsung. Similarly, email contents and attachments can be viewed in the same way.

At the end of the launch, Samsung added, “the company (Samsung) will continue to provide outstanding, innovative, and unique products that stand out in the industry.” Well, this is pretty much a direct comment in relation to the Apple verdict.

The all new Samsung Galaxy Note II will go on sale starting October this year. Samsung stated that the Note will be first launched in Europe, and followed by other American and Asian markets by the end of 2012.

“Samsung Mobile is planning a U.S. version of Galaxy Note II, which will be available later in 2012. Building on the success of the original Galaxy Note, we’re confident that the Galaxy Note II continues to redefine what consumers should expect from their smartphone and delivers a powerful, innovative and unique experience.”