The holiday season is upon us. And many of us are frantically rushing to make some last minute Christmas purchases. Everyone has their very own holiday wish-list. If you are tech-savvy geek, then the latest offering from LG is a sure thing on that list of yours. Nexus 4 is an exciting marriage of fine hardware and Google’s latest Android version. It’s a very compelling device. But before you commit, here are some facts about the nexus 4: 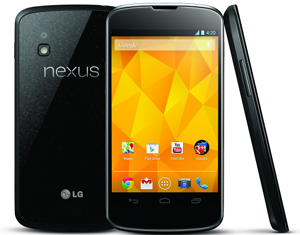 There are Android smartphones and then there is the Nexus 4. Phones like the DNA from Droid seem technically greater on paper, the Android that I’d personally choose to tote around the new Nexus 4. The Nexus akin to its forbears is running a completely intact version of Android, version 4.2; this might not mean much to most of you, but it is a big deal. With a snappy performance and promised regular updates from Google, this is a power packed device.

The nexus 4 undoubtedly is among the quicker smartphones I have used. Basically a revamped effort from the Optimus G from LG, this is a beastly machine capable of carrying out all day-to-day responsibility. Although, it is suggested to keep a travel charger handy, just to be certain. With a curved glass coated display renders browsing the web and apps a pleasure.

The latest trend is to replace your old point-and-shoot photography devices with the latest Android smartphones that support taking pictures on the run; the Nexus 4 unsurprisingly comes out aces in that regard as well. Nexus houses android 4.2’s photography feature PhotoSphere that creates engaging 3D panorama photographs which may be viewed on both Google+ and the device itself.

Nexus 4 is currently the best-in-market Android phone that money can fetch for you. But it may be in a spot of bother due to its utter lack of LTE service and support. There is also matter of memory, Nexus doesn’t support memory expansion. So have a good think before you commit to this phone. It’s better to think it out fully lest you get burned in the memory department. Nexus 4 from Google and LG is ideally entices avid Android tinkerers, frequent travelers and people who like riding the razors edge of latest tech. 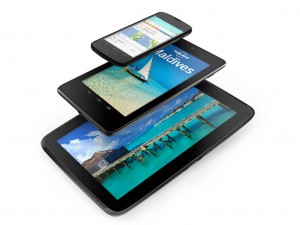 Nexus 4 is a splendid device nonetheless; it lacks the UI comforts like in the Samsung or HTC phones. Globe-trotters may find this phone to their liking as its fully unlocked right out the box. Therefore you can pop in a cheap local SIM while visiting abroad. The price is also fairly inexpensive given what the entire phone includes. Tinkerers will rejoice the ease with which they can outsmart the Nexus 4 comfortably and tackle some of its more curious issues.