Google Webkit is fast approaching a split. This new split, named Blink, is designed to be an open source community and is primarily derived from WebKit. Blink is imagined as a new representative engine. It is only a matter of time that users will experience the first ever Blink powered Chrome engines running effectively on their phones, tablets and desktops. Blink, according to Google, will soon foray into various channels that release Chrome. Blink is what happens when simplicity and speed join forces in the Google technology lab.

Blink: What’s in the name?
When Google imagined this new rendering engine, it wanted users to focus on the two driving forces behind its invention: speed and ease. This browser aims to bring greater momentum into browsing but couples it only with an uncomplicated, straight-cut process. Blink is also meant to revoke memories of the Netscape Navigator launched around the 90. The blinking tag is almost the inspiration behind the name.

Blink: Reasons behind the new browser
1. Simpler engineering: Browser engineering needs technical liberties for effective performance. According to Alex Komoroske, Product Manager, Open Web Platform, Google, the WebKit presents engineers with a lot of technical constraints. These proved to be ultimately detrimental to performance. Hence, to simplify the technical snarls and work towards an uncomplicated development of the new service engine, Blink was born.

2. Homogenous architecture: Chromium is an open-source system and the source of Chrome OS and Chrome. Chromium also uses multiple processes simultaneously. Google needed to homogenize its processes with WebKit and WebKit partners. However this proved to be a time consuming affair. Hence, an urgent need for something like Blink was felt at all levels.

Need for Speed: The benefits of Blink
Being an open system community, Blink is slated to enjoy large scale popularity among web developers. It comes with many benefits like the ones mentioned below:

1. New directions to old tasks: Blink is expected to evolve soon and provide a new direction to work. The implementation of new technology, beyond the capacity of WebKit, is not only possible but also easier with Blink. For instance, Google wishes to incorporate iFrames into several of its processes. This is however, almost impossible to do with WebKit. With Blink, the scenario changes for the better. 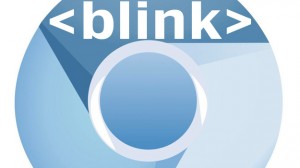 2. De-cluttered code banks: Blink focuses on altering the internal configurations radically. Thus, although invisible to developers, it will prove to be a boon for Google. In a single stroke, it can delete four and a half million lines of data in over 7000 files. This has a dual impact on the system – the code bank becomes healthier, and the risk of usual, recurring bugs is minimized.

Blink is an innovative open source project and is touted to be the next big thing from Google. In line with Chromium, Blink has been planned to make the web more developer-friendly and simpler. This forking is likely to have an impact on WebKit based services, for instance, Opera. However, since the move aims to develop and update the web, not many are likely to complain. It is an opensource project that thrives on community participation. Google is sure to leverage this feature to bring a better web experience.