You know that scene from the sci-fi movie, when the characters exit a building, an automated car pulls up without a driver, they hop in, and the car drives away with still no one driving it?

Well, soon that may not be very sci-fi anymore. Before long, that will be in your average drama flick, or better yet, real life. And the technology that is helping it move there, the Google Car. This technology is currently being developed by Google. The ability to purchase an automobile with this technology may still be a number of years off, but it’s not as far off as the flying car. 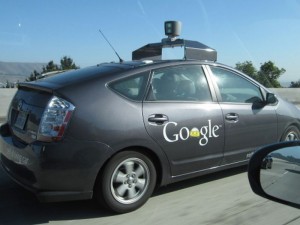 There are many reasons why an autonomous car would be awesome. According to Google, a few of their reasons are safety, efficiency, and convenience. At a recent TED talk, Sebastian Thrun said his motivation for Google Car technology is that “Most automobile deaths are due to human error, not machine error. A driverless car can save lives.” Google also feels that with automated technology, a large amount of the space being wasted on the roads could be used more efficiently, as cars can drive closer together, maneuver smoother than humans, and utilize more of the road.

A few of the reasons I’m excited for about a car that drives itself is the ability to check Facebook (or back to MySpace, or whatever else everyone is using by then), marathoning episodes of old TV shows on Netflix like Firefly and Lost, and taking a nap.

Any one of these reasons is reason enough for me to buy into this tech. A few years ago I commuted by train. During this commute, I would generally participate in any of the activities that I listed above. I also obviously never got into any car accidents, my commute was much quicker, and definitely more convenient. 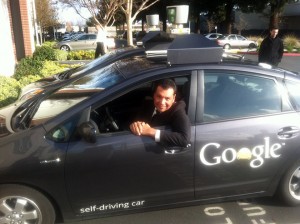 Now, my commute is the opposite. I sit in traffic for at least an hour a day, I have been hit by other drivers in their cars, I can’t watch Movies (okay maybe I slip the occasional one in still), and often I have to try really hard to ensure that I don’t take a nap.

The technology in the Google Car is very complex. It consists of a LIDAR dome sensor on the roof, cameras inside and outside of the car, a GPS system, and technology from Google Maps and Google Streetview. Many wonder if future versions will include Google OS…

Don’t worry; if the driver prefers, the car does not have absolute total control over the driving. If the driver gets bored or scared, they have the ability to override the computerized controls. The controls can be taken over by simply moving the steering wheel or tapping the brake pedal, much like overriding a cruise control system.

In June 2011, Nevada was the first to pass a law allowing for the use of the automated cars like the Google Car on public roads. A few other states are looking to follow, including Hawaii, Florida, Oklahoma, Arizona, and most notably, California.

Mountain View, California is the location of Google’s Headquarters. A large amount of road testing also takes place in California. State Senator Alex Pidilla recently arrived at a press conference in Sacramento (see picture above) while driving (riding) in a Prius with Google Car technology to introduce SB 1298. SB 1298 is a bill that directs the California Highway Patrol to develop standards for the operation and testing of autonomous vehicles.

With this technology coming out, it should be a top priority for states to figure out laws to help regulate the use of automated cars. Most automobile laws are extremely outdated, with quite a few dating back to the original horse and carriage days. The problem with automobile laws isn’t that they ban automated vehicles, because technically, many don’t. It’s that they don’t regulate them. The lack of regulation allows for quite a bit of room for the technology makers to play with. 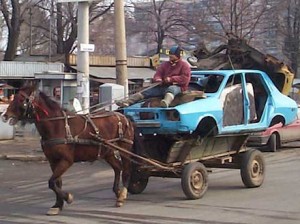 What exactly is an autonomous vehicle considered? This definition is currently a gray area, which is one reason why some laws need to be developed. There are many luxury cars currently being produced that have options for the vehicle to perform tasks automatically. Automated self-parking is a current available feature. Other current options available are lane departure warning systems and adaptive cruise control.

Most parties would find it valuable for laws and regulations to be present. Google would like it so they know the boundaries they can function in. It would be beneficial to the public so that people don’t have to fear some crazy unregulated technology running them over. Of course that is a stretch, but possibly not too far of a stretch.

The Google Car may be as far as 10 years out or more. But for anyone that knows how technology or politics work, that is not too distant of a future. While the actual vehicles may not be for sale for a while, testing still needs to be done.

Google does not want to just test on enclosed tracks and courses like some opponents wish. In order for this technology to advance, and innovation to be present, these self-driving vehicles need to be put on the road in real world situations. And if regulations cease to exist, the public could potentially be put in dangerous situations by people trying to push technology too fast. I’m not just talking about Google here; I am also referring to all the other companies that are sure to pop up as well, once this idea develops further.

According to Google, currently no auto accidents have been the fault of the technology in the Google Car. Last year, in August 2011, news and a picture floated around about an accident that occurred with a self-driving car in front of the Google HQ in Mountain View, California. Google stated the accident was caused while the car was being operated manually, and not by the technology of the Google Car. Jay Nancarrow, a spokesman for Google has stated that there have been zero accidents while the car has been in self-driving mode. This car has been driven over 200,000 miles.

So, while this sci-fi like technology in the Google Car seems futuristic, the world should get ready for it, because it’s coming. And it’s sure to have a huge impact in the automobile industry. I am definitely excited for it, and I can’t wait to “not” drive one.