Google Drive: Getting Into The Game

Google managed to make headlines earlier with the launch of its cloud storage system: Google Drive. The system has been finally developed to compete with the likes of Microsoft’s SkyDrive and Dropbox. While it has taken the company quite a while to get into the game, Google hit the ground running with a system integrated directly to Google Documents.

The new “Google Drive” seems to retain some of the core features that were formerly a part of Google Documents while also providing upgraded storage and better functionality in terms of product integration (more on that below). Obviously, there are a few things Google could do to make Google Drive even better but we’ll get to that later. 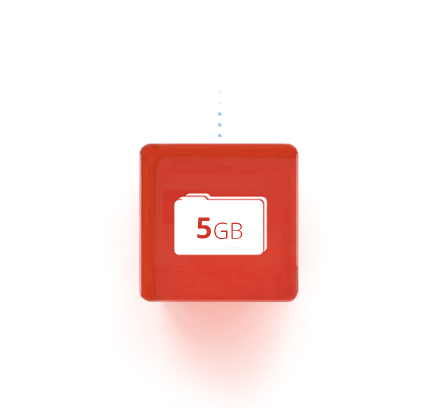 When looking at a cloud storage system, naturally the most notable feature is storage. In this case Google Drive, seems to offer users a pretty reasonable deal with 5GB free. In addition, the system also offers an optional storage capacity of up to 16TB of storage (that is about 8,000 hours of video coded in 720p High-def resolution).

As mentioned earlier, Google Drive is designed specifically to take on its main competitors, namely, Microsoft’s SkyDrive and Dropbox. Both companies have developed relatively robust business models so there is a lot of room for competition.

The most recent pricing models for storage amongst the main competitors is as follows. 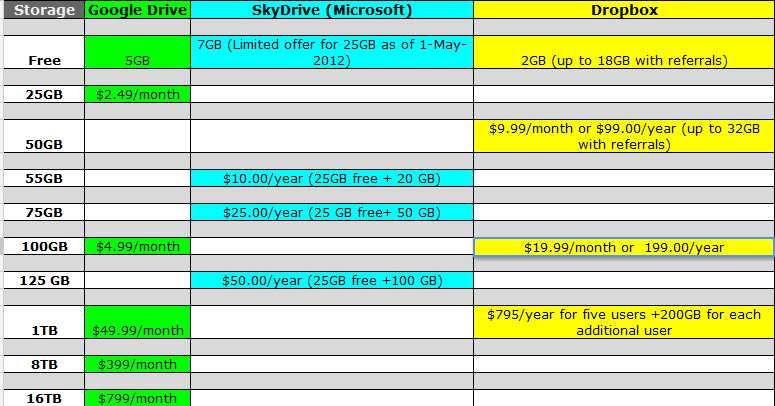 As noted above, Microsoft has responded hardest to Google’s entry and seems determined to break away from the pack. The upgrade offer to 25GB (from 7GB) easily puts it ahead of the rest and the upgrade process only requires a single click. Dropbox, on the other hand, seems to be falling behind the competition because despite the fact that it technically offers 18GB free, the only way to get from 2GB to 18GB is through referrals and that can be time consuming for most individuals or small groups. Unlike Dropbox, however, Google still has an advantage in terms of the sheer amount of storage available.

Microsoft also currently dominates the competition in terms of price. For instance, it charges $10.00/year for 55GB while Dropbox charges $99.00/year for only 50 GB. Google is not any better; the 25GB package costs $2.49/month. Strangely, the company does not have storage options between 50GB and 100GB. In my opinion, this is probably because Google (somewhat correctly) anticipated the intense competition for low-medium storage packages.

Instead, Google Drive has focused intensely on high-level storage packages ranging from 1TB – 16TB and seems to dominate the market here; Microsoft’s largest package is 125GB and Dropbox offers 1TB (and options for more space) at $795/year. Google’s 1TB package is attractively priced at $49.99/month, and the largest package, 16TB is $799/month. In other words, Google currently has a monopoly over high-level storage capacity, which is not bad for a system that is hardly a month old. 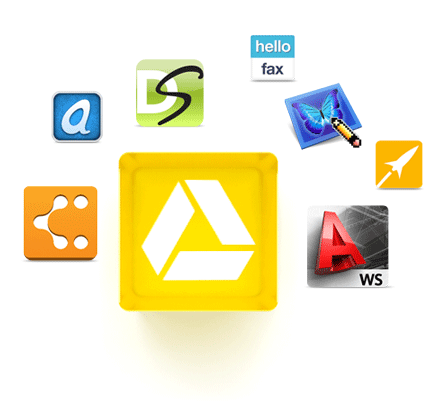 Currently, Google Drive allows users to upload and access more than 30 different types of files including HD video, Adobe Illustrator and Photoshop. I tried to upload MP3 files as well, and while users can store the files in the cloud it is not possible to play the audio files online. So, you will need to download the MP3 files to a particular device and then play. 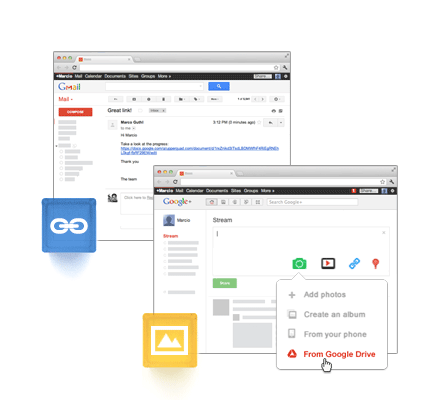 As mentioned earlier, Google Drive has been directly integrated into Google Docs. Thus, multiple users are still able to edit documents simultaneously, share them with others and track changes. Users can share links to files or folders via Gmail or Google+ and invite others to view and/or edit files. 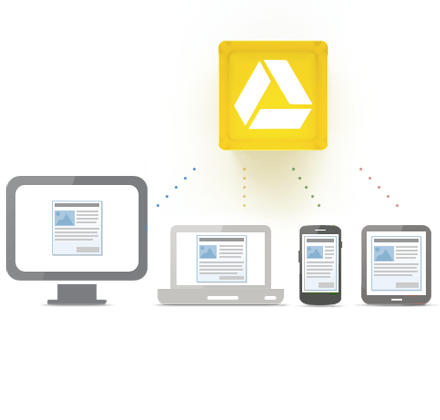 One of the coolest features of Google Drive is the direct integration of Apps. Currently, there are hundreds of Apps related to productivity and management, but the only downside was that users had to download and access the Apps separately. Google Drive eliminates the cumbersome process by allowing users to access their favourite (Google Drive compatible) Apps directly from the ‘Create’ menu.

However, keep in mind that you will still have to sign in with your Google Account (the sign-in process is still separate, but less of a hassle) but the files are saved and directly accessible from your Google Drive menu. Some of the Apps include Gantter (project management) and mindmiester (mind maps).

Google has done an admirable job of wading into the competition and its efforts with Google Drive will certainly make the entire system more appealing to existing users. Yet, I am doubtful it will appeal to those who look only low-mid storage options, especially without the need for Google Docs. Instead, Google Drive’s storage capacity is particularly appealing to various businesses, which could undoubtedly benefit from storage options ranging from 1-16TB. As an user of Google documents, I am actually quite pleased with this development, but there are still plenty of annoying little things about the system as a whole. If it wants to compete effectively with Microsoft, Google is going to have to introduce a lot of changes to the Google Docs system.

Click to check out our list of Google Drive’s main flaws and how you can work around some of them.