Google Music is a boon for Android users. If you have an Android phone and you haven’t tried using Google Music with your Google account, then you’re missing out.

By using the Google Music app, you can listen to your music and media from anywhere (provided you have an active data connection), thanks to the option to store content in the cloud. You can store up to 20,000 songs free via Google servers, which is quite a large number. All music and media purchased from the Google Play market is automatically added to your library and does not count towards the free song storage.

You can play your music on your Android powered smartphone or tablet while on-the-go or at home. In addition, there are many ways to connect your Android phone or tablet to a home stereo system or television and playback your media on something other than a mobile device.

Of course, some Android devices, like the new Google Nexus 7 tablet, do not include an HDMI output which can be disheartening for those who want to playback high-definition content. There’s no longer a reason to panic over the lack of an HDMI output though, thanks to Google’s latest streaming device the Google Nexus Q. 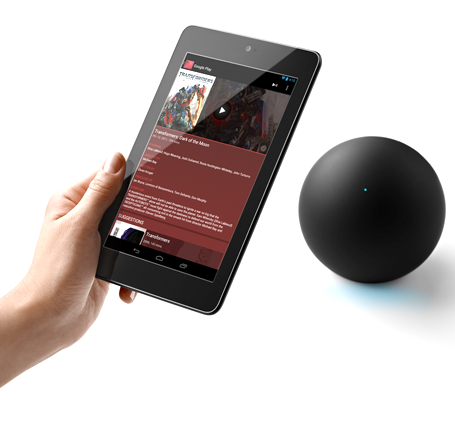 In a world, where squared off and rectangular devices rule, Google is trying to change the game with the spherical Nexus Q. The Q was officially released at the 2012 Google I/O developer’s conference where it was given, for free, to all attendees. Consumers may purchase the device via the Google Play store for $299.

Sure, prices are marvelous to see, but you’re probably wondering just what the hell the Nexus Q actually is.

It resembles a device of the future and looks like something taken right out of a scene in the newest Total Recall. You might be surprised to see what the Nexus Q actually does is relatively straightforward, and there’s nothing futuristic about it.

The Google Nexus Q is a streaming device that allows Android users to playback Google Play media and content, as well as content from a compatible Android device, on a home stereo system or TV. Media streaming is not the only thing this bad boy does however, Google implemented a slew of unique features that are bound to increase demand for the Q.

Let’s start with the hardware, or specifically, what is powering the device. The Nexus Q is powered by a dual-core ARM 9 Cortex processor with a combined GPU and includes 1GB of installed LPDDR RAM. The Q also includes 16GB of internal flash storage for device media and application storage. 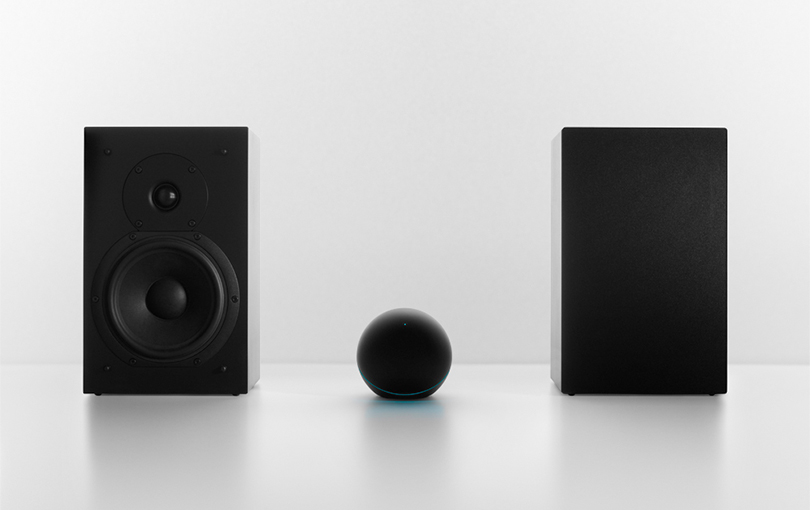 Currently the Nexus Q is running a form of Android 4.0 (Ice Cream Sandwich), but don’t mistake that to suggest it can do everything an Android device can do, just yet.

Great, so far the Nexus Q is a wireless streaming device with plenty of power, but where are those rare features we talked about?

For starters, the whole Nexus Q sphere is comprised of an injection molded material that has a satin touch coating and a die-cast zinc base. What does that mean exactly? It means the Nexus Q is pretty tough, and it also means it weighs a total of two pounds. Two pounds can be a little much for a streaming device, especially if you’re concerned with portability, but seeing as the Nexus Q is a large sphere it’s probably not going to fit in a pocket anyways.

The Nexus Q is split into two halves, with a rotating head that works as a volume control and on/off switch. The top of the device is also fitted with a capacitive touch sensor, to provide a mute-on-contact feature. 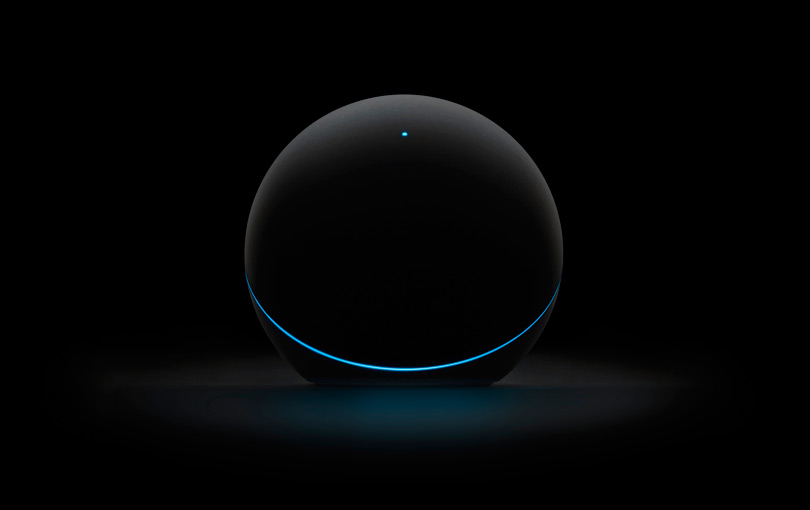 The entire top and bottom half of the sphere is separated by a row of 32 RGB LEDs, which work as both an indicator and an added form of entertainment. The perimeter LEDs will light up to indicate the status of Q, and will also illuminate to the tones of media playback. 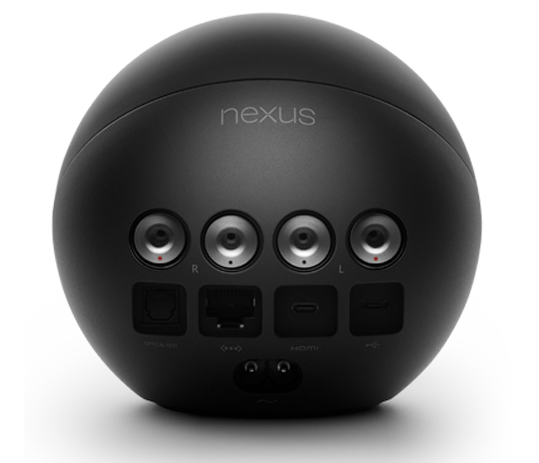 The Nexus Q has a set of inputs and outputs, on the rear of the device, to allow for compatibility with various entertainment systems and devices.

Probably the most significant port is the power input, which obviously keeps the Nexus Q running. The Q also includes an optical out, Ethernet port, microHDMI port, and microUSB port.

Bundled with the device is a microHDMI to HDMI converter cord so you can use the Nexus Q right out of the box, provided you already own an Android device.

Unfortunately, the Nexus Q cannot be used without a connected Android device.

Currently, the only supported devices include the Google Nexus mobile phone and the Nexus 7 tablet, because the software requirement is Android 4.1 Jelly Bean. However, the Nexus Q app, which must be installed on the compatible device in order to use the Q, says that it will also be compatible with Android 2.3 Gingerbread in the software description. At a later date, it’s fairly obvious we’ll see more compatible devices, but for now, only Google’s unique Jelly Bean equipped devices will work. 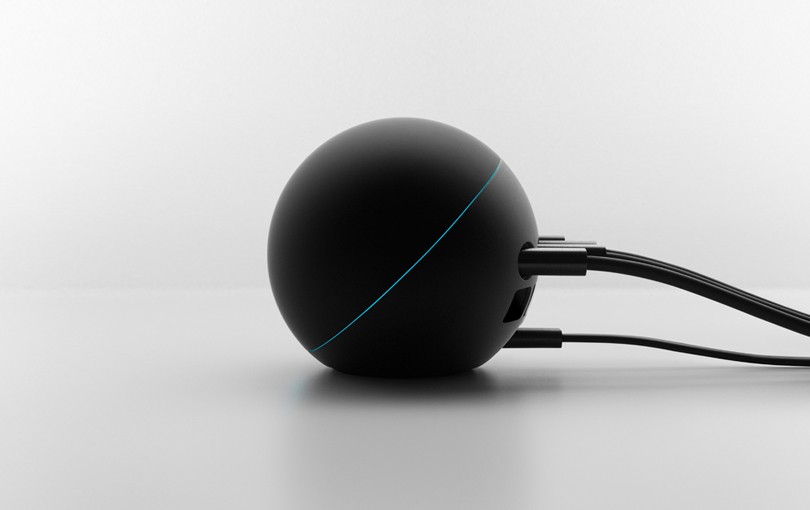 Connecting to the Nexus Q is quite painless and only requires the use of your home Wi-Fi network’s password. You just load the Nexus Q app on your compatible Android device and pair it to the Q via the Wi-Fi connection.

Once paired up, you’re free to stream media and content from one of several Google apps; Google Music, Google Movies and of course, Youtube.

What You See on Screen

The Nexus Q does not transmit an exact mirror on the television screen of what’s displayed on the connected Android device; instead it has its own aesthetics. When sitting idle, the Q displays a sleep screen with a series of blue orbs rotating around one another. When playing music, the Q displays a stunning visualization littered with different colors and shapes that thrum to the beats of the music. When playing videos, obviously the Q will display the corresponding video on screen.
Over time, Google may amend the Nexus Q software to include more features and aesthetics but currently what’s implemented works perfectly. 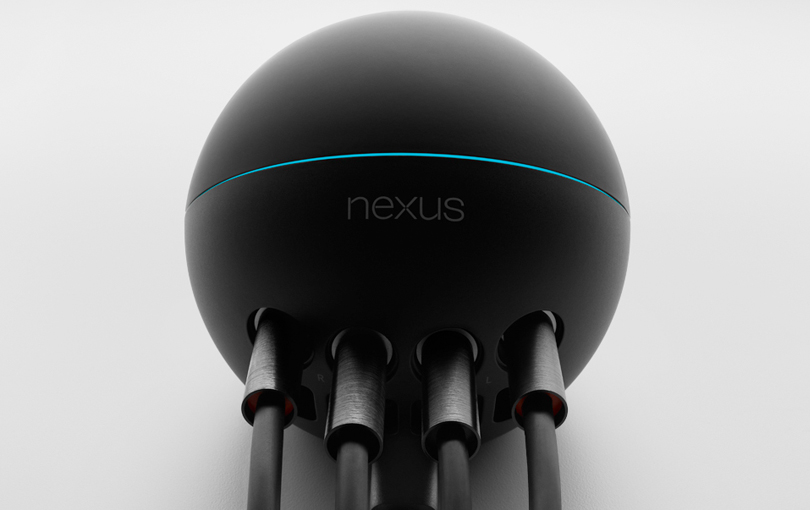 We have not had the opportunity to try out a Nexus Q yet, butreviewers have reported that the Q streamed content and media flawlessly without any significant issues or interruptions. That is perhaps the most influential news, considering the Q is an internet streaming device first and foremost.

All of you audiophiles out there can relax your tensed muscles, it also looks as if sound quality and media playback via the Nexus Q is of the utmost quality.

The Nexus Q looks to be a successful streaming device, all around. You can get your hands on one of these babies right now for $299, by visiting the Google Play market.