Google Chrome OS was released to the public right alongside Google’s CR-48 notebook. However according to system testers and notebook owners the combination of the operating system on Intel Atom-powered machines has difficulty running Flash-based websites and web videos. This means users have experienced less than par performance levels on many of the most popular websites out there.

Google is blatantly aware of the issue and is working with Adobe to fix the problem.

According to Adobe, “Flash Player 10.1 support remains a work in progress. Video performance in particular is the primary area for improvement and we are actively working with the engineers at Google to address this.”

Some of the most popular websites running Adobe Flash include Hulu, YouTube, HBO, CNN, and many more. This is very discerning news for average consumers. 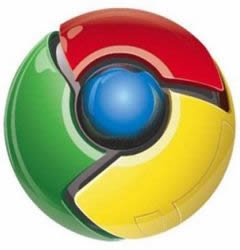 Also because Flash has been fully integrated into the Google Chrome operating system some aspects of the OS might suffer additional difficulties in performance. Users of the OS need not worry about searching for updates and fixes for Adobe plugins however, as future software fixes will be combined with updates for the actual operating system.

The Chrome OS is set for an official launch in Q2 2011, which is quickly drawing near. Hopefully Google and Adobe can work together to fix the performance issues before the release date hits. Certainly consumers will not welcome the issues and bugs, which could make or break the operating system in the end.