Google is probably the most popular word in the entire world irrespective of the language. When Google does something, everybody in the world is bound to notice. The search giant has gone way past their initial core focus area. Google now caters to a variety of internet based products. The most talked about in recent times though, has to be Android, the mobile-based open-source operating system. Android has since launch been a popular choice among many mobile users. So it’s a given that when Google decides to dabble in something the whole world is watching.

Last year showcased the Google glass which promises to be the future of computing. And now there is talk of a possible foray into wireless networks for smaller urban areas. Amidst these rumors there is a buzz about Google’s latest project, the Google X Smartphone. Google’s recent acquisition Motorola reports to be working on what they like to call “The next-generation of iPhone competitors”. Details are pretty scant regarding this product.

The company executives like to call it call the most advanced in Android hardware that can possibly be made. With such hype created this phone is set to stand apart from anything else in the market. The realization of such devices will also pave the way for the Google X tablets.

Until recently the Google X was rumored to be coming with a “bendable” screen similar to the prototype unveiled by Samsung at CES. But the benefits of the “bendable” screen are questionable. Google’s acquisition of Viewdle is also being linked with the Google X project. If that is true then the Google X may see the onset of devices that have greater object, facial and gesture recognition capabilities. This basically means that the Google X device will also be able to read hand waving motions and lip-read all your voice commands. 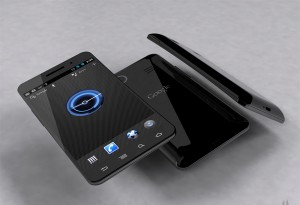 However, Google hinted that new shatter-proof hardware is the direction they are headed in. Hardware hasn’t seen great innovation in recent times. The onus has always been on software. Google X will attempt to move in that direction. The Google X is also purported to have an extra-long battery capability. But that scenario would be less likely as there haven’t been notable developments in battery technology of late. Any such developments will also be slow as they need supporting infrastructure for any practical developments. However, there is no saying what developments the future might see.

The Google X will face another great hurdle, competition. Apple, Samsung, HTC, Nokia, RIM are all already out in the hardware market slugging it out amongst themselves to be the market leader. The Google X will have to come up with a product that is able to ride out the competition and captivate the users simultaneously. There is talk of a better camera application featuring panorama and color adjustment features. These have to hold their own as the iPhone 5 already brought out these features. It remains to be seen whether the Google X lives up to all the hype that is being generated.