In spite of incurring huge loss in the last quarter, the Google acquired Motorola division is now coming up with a new addition to its hardware range i.e. the novel and unique Google X Phone.

Reports of the arrival of the Google X phone came into light last fall in a printed news declaration of the Wall Street Journal where the publication has quoted that the upcoming machine is already a known device for the users. However, it is believed that Google X phone is ready to capture the market of smart phones with its amazing Android OS and the striking applications. The phone will make its mark among the users followed by a Google X tablet.

Although the news of the upcoming Google X is burning the rumor mills, the specific features of the phone are still mystifying. However, there are various subtle hints that may tell us about the key elements of this new device.

Durability of Google X
Though not confirmed, it is rumored that Google is launching Google X with a promise to the users to offer one of the highly durable handsets in the market. Rumors also say that the device is quite reminiscent to the Samsung’s phone launched at CES in terms of having a bendable screen. The bendable screen may not provide many benefits to the users, but one good thing is that Google X may be much invulnerable to shatter providing the phone has a flexible screen. In this way, this Google device may give tough competition to the other ‘oh so fragile’ touch panels.

What’s more in Google X?
In addition to the durability of the phone (even confirmed by Larry Page, CEO Google Motorola), the phone might have an extended battery life. It sounds exciting and even a breakthrough in the smart phone context, but it is least expected. The technology pertaining to an excess battery life has been introduced already, but there is still a long way to achieve the desired success. Even Fuel cells have been created by some battery manufacturers, capable of powering the device for at least a week, but they are also accompanied by several issues and one such issue is supporting infrastructure. 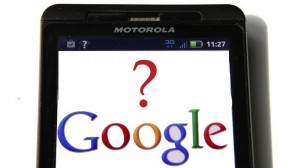 Google X phone, though is coming with exclusive features, it has a fear of tough competition with other mobile giants in the market like Samsung, Apple, Nokia, and HTC. These up-market mobile brands are running high on their popularity and there is a never-ending chase between all to capture the mobile market by introducing cutting-edge problem solving mobile applications.

Google X phone is launching with great color saturation for photos and the panoramic mode, but these features are not new in the mobile technology. Apple has already provided these features in its newly launched iPhone 5.

So, where is the scope of innovation for the Google X. Let’s wait for the launch and the secrets to be unveiled.