For years, actually since the beginning of home gaming, developers have relied on one way to make money from their games; selling them. However, it seems that lately all AAA games are finding other ways to milk as much money as possible from consumers; day one DLC, online passes, special editions that aren’t that entirely special, and more. Are these legitimate ways to improve your gaming experience? Or are they scams dressed up as valuable content?

When Mass Effect 3 was launched in March, players all over the globe were ranting about the day one DLC, “From Ashes”. The problem wasn’t that the DLC was poorly made, and it wasn’t too expensive either. So, the problem? It’s day one DLC. This makes the game seem incomplete without it. Why couldn’t Bioware put it on the disc with the rest of the game? If a gamer wanted the complete experience, they would have to spend not only $60 for the main game, but also another $10 for DLC.

Now, normally this wouldn’t be a problem, but normally a gamer doesn’t have to buy both at the same time. DLC is a way to continue a game after most players have played through the entire core game. That’s right, after the core game. Unfortunately Mass Effect isn’t the only franchise to be spammed with unwanted or poorly timed day one DLC. Dragon’s Dogma, Fable III, and possibly even Borderland in its next installment.

Another new way companies are extracting gamers loose change is through subscription services. This should be the point where MMO players plan on correcting me for saying it’s new. After all, World of Warcraft, one of the world’s most successful games, has been making millions on subscription services for about eight years now. However, subscription services are becoming even more prevalent in today’s market by being implemented in previously unseen ways.

One example is Call of Duty ELITE, a service in which players say goodbye to $50 to enjoy a year of steady content and other things like an iOS app. For those willing to part with this much money for game updates, this system is actually an example of one that works, and works surprisingly well. Call of Duty gamers are known for loving new content, and though the membership should be sold in smaller units than a year, ELITE seems to be a good service that provides gamers with what they want. 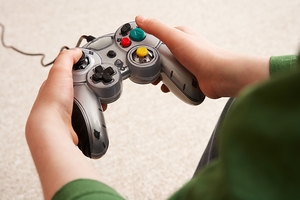 Another example of video game subscriptions are on the complete opposite end of the spectrum. Microsoft is currently testing a new way of selling console bundles by offering them in subscription services, a rent-to-buy deal basically. This idea has been fairly well accepted by consumers and often likened to a cell phone contract. However, it’ll probably be a while before we find out whether or not this idea will ever be taken full scale.

It seems that video game publishers are finally showing that they too are out to make a profit like every other company in the world. It’s not necessarily the best thing that could happen, but it will add to competition among companies which means better games and lower prices. I’m actually surprised it took this long to go full scale but here we are. Hopefully these companies will remember to learn from mistakes and not just go on what makes the most.