One of my favorite comedians, the late Mitch Hedburg, once said “When someone hands me a flyer, it’s like they are saying ‘Here, you throw this away’.” While that is typically true when you’re handed a sheet of paper that is inviting you to a local show or an advertisement offering to replace your siding; if someone were to hand you an HTC Flyer, it’s not something that you would likely discard.

High-Tech Computers (HTC) uses the slogan “quietly brilliant”. It is difficult to argue with their claim, as they have become one of the most innovative companies in the world. Owners coddle their smartphones and their new new HTC Flyer tablet

offers a different kind of experience to consumers than those of their competitors.

HTC Flyer Tablet: A Reliable Company With a Good History 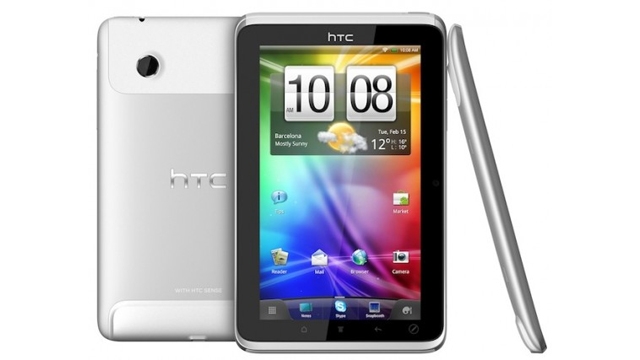 Always on the cutting edge of handheld technology, HTC is a company that you can trust. They led the way with smartphones and other handheld computing devices, creating reliable products well ahead of the competition. Their tablet may be appearing on the heels of Apple’s extremely popular iPad, but instead of copying a formula, one might assume that they were simply perfecting it. With a screen meant for media and a weight that allows for easy mobility, the HTC Flyer is a convenient tool for all of your computing needs.

When most people think of tablets, they think of Apple’s iPad but when the popularity of that device soared, it became clear that there would have to be an android response. The HTC Flyer Tablet delivers a noteworthy addition to the tablet marker. The screen is seven inches, making it ideal for watching movies and television shows. The HTC Flyer Tablet weighs in at less than a pound, making it convenient to carry around on long days when you don’t feel like hauling around a laptop.

One of the reasons that I have stayed away from iPads is the simple fact that I’m used to writing or typing. Traditional tablets offer touch screen keypads, but the HTC Flyer has them beat in this area. You have the option of buying a special stylus that will give you greater ease when taking notes. This stylus interacts with the screen in a number of different ways allowing for a lot of ease with use.

A Tablet Great For Students 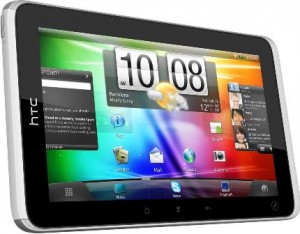 One of the great things about the stylus is that it allows the user to take notes in a more traditional style. Sometimes it really is just easier to grab a pen and jot something down quickly. Some people rely on the doodles that they make to help them remember important facts or figures. With the HTC Flyer, this isn’t lost. Instead of heading for a legal pad to get the idea notes, you can put your notes right into your computer.

The HTC Flyer also allows for the user to take audio to go along with the notes and the amazing stylus will sync your notes to your audio. Now, when you want to remember what was said exactly when you wrote a note, you don’t have to rely on memory or on audio that isn’t synced. Everything will be right where you need it, which really helps when taking a lecture course.

The HTC Flyer Tablet as a Tool For Designers

The stylus doesn’t just work great for students. This innovative technology will also put designers on the cutting edge in their field. Instead of trying to describe a concept to a perspective client, a designer could simply sketch the design right into the HTC Flyer. Colors can be added in quickly without the hassle of reaching for colored pencils or watercolors.

The large screen will allow for designers to see their designs as they are meant to be seen, giving them an advantage when it comes to implementing unique ideas. The stylus allows for a freedom with design that other tablets just don’t have. Every good designer will know that your finger is not a great substitute for an actual pen and it shouldn’t be treated as such.

The market on the HTC Flyer is typical of all androids. The apps might not be as varied as the ones available through Apple, but the android market is quickly catching up. You will be able to find apps that are similar, if not exactly the same, as the ones available for an iPad. Not only that, but the android market is a great place for a lot of new applications that just won’t work with Macs.

The HTC Flyer also comes with an e-reader already built into it. The reader works with Kobo to bring you the latest e-books on the market. The screen will adjust the font size and the backlighting makes for easy reading. In addition, the stylus will help you easily highlight passages that you find interesting. The highlighted passages are easily indexed within the system.

High Technology in The HTC Flyer

The HTC Flyer is a reliable tool for all of your needs. You have the option of buying an HTC Flyer tablet with wireless connectivity or 3G, which means that you can connect the way you want to. The 32GB of internal storage allow for you to store plenty of music, movies, and pictures which is great because with a front camera and a camera in back there will be plenty of opportunities for you to snap a photo of whatever inspires you. The battery charges up with a mini usb cord and, on standby, will keep your table going for over 300 hours.

With all of its advantages, the HTC Flyer is the right tablet for you. This innovative device will be the first in a long line of tablets with stylus technology so you should jump on board now before your friends steal your thunder. It’s a great gift for college students and a great tool for designers and people in business. With all this innovation and technology available to you, what are you waiting for? Be the first among your friends to know the quietly brilliant power of an HTC Flyer Tablet.

The cheapest place we found to purchase an HTC Flyer is Amazon. You can get the 16 GB version