Adobe CreatePDF for Android was released May 9, 2011, but what is it exactly?

Have you ever been out somewhere, (like on a lunch break away from the office), and thought “man it would be great if I could edit PDF files on-the-go”?

It’s no secret that Adobe’s flagship file format, the PDF file, is a pain in the butt to use due to a lack of supported editing devices and mediums. It seems like everyone and their mothers’ can view a PDF document thanks to Adobe Reader, but unfortunately not everyone has proper access to annotate them.

All that is about to change thanks to the release of Adobe CreatePDF for Android. 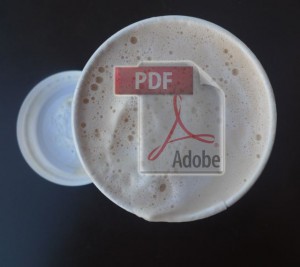 Adobe CreatePDF uses the same alteration methods as Adobe Acrobat and allows users to fully edit all PDF documents on an Android mobile device. The Adobe CreatePDF application is available for all 2.1+ Android platforms, including Honeycomb, and will work with any type of mobile device running the related OS.

Probably the best feature about the Adobe CreatePDF application is that any files in use by the program, or created by the program, are stored through Adobe’s online file service (the “cloud) so that the file doesn’t take up much needed storage space or system resources on the mobile device in question. Basically the file is stored (temporarily) on Adobe’s servers when in use and is periodically accessed by authorized mobile devices after an alteration.

Adobe alerts users “not to worry” however as the service does NOT keep an original copy of the PDF file; which means the file is only stored during use and cannot theoretically be stolen by pesky hackers during the off time. So for all intensive purposes the online version of the PDF document is really just a cache to speed mobile editing along. Good thinking Adobe!

Mobile “cloud” support is not the only feature supported by the Adobe CreatePDF application however, there are many others! 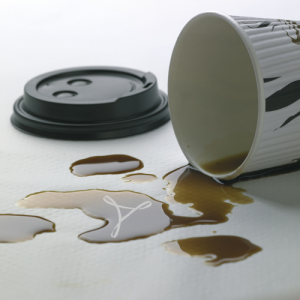 Adobe CreatePDF also supports editing many other file types and formats such as Word, Excel, Powerpoint, Photoshop, Illustrator, InDesign, standard image formats (JPEG, BMP, PNG, GIF, TIFF), and several others. Which is awesome news in itself really because once you get familiar with one program you don’t have to switch around to several others, you can use Adobe CreatePDF for all of your on-the-go document needs (sounds like an infomercial by-line)!

Of course all of these features and options boil down to one simple question. Are you willing to edit your PDF documents on your Android mobile device? If you answered “no” to that question then it’s probably time to use your mobile carrier upgrade (unless of course you still have one or two years to wait, in that case you’re out of luck).

Some users have no interest in editing professional documents on their mobile smartphone in which case this application is not ideal. For those of the opposite spectrum, the Adobe CreatePDF application can be purchased through the Google Android Market for $9.99 and is available now.

Just for reference the Android CreatePDF app is basically a merging of service with Adobe’s existing CreatePDF online editing product. The mobile application uses the same services and editing methods as it’s sister program, which also has an identical subscription price.

Anyone interested in more information about the CreatePDF product line can visit Adobe’s official site.

The public announce of Adobe CreatePDF for Android was originally made on Adobe’s official blog.