Must we repeat ourselves for the purpose of starting this article? Alright then, we’re back with another intriguing Indie Game of The Week title!

We’ve got a juicy and quite savory treat for you this week, one that we’re sure you’ll undoubtedly cherish. The indie game this week includes zombies, and puzzles. That’s right, two devilishly addictive elements meshed into one!

The Tech Labs Indie Game of The Week is called Containment: The Zombie Puzzler.

Containment takes its inspiration from famous puzzle games like Tetris, Bejeweled, and Puzzle Quest, but it offers one unique feature, zombies. Instead of matching jewels and gems to clear a playing board you’ll be squaring off against infected, flesh-eating zombies. 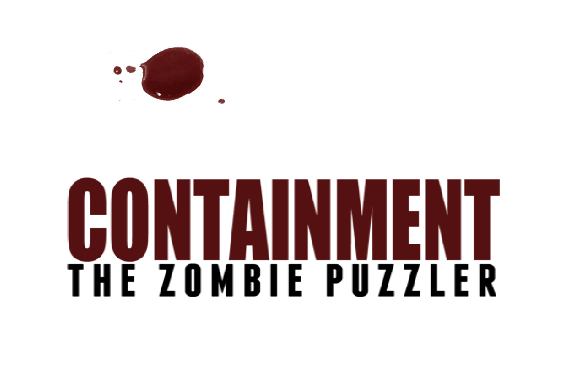 The Indie Game of The Week – Containment: The Zombie Puzzler

“The goal of Containment is to surround zombies with survivors of the same color. But watch out for the zombies-they’ll fight back by infecting the survivors in the street. Through the game’s pulse-pounding campaign and multiple survival modes, you’ll use your wits, items you find you along the way, and even the town around you to contain the zombie outbreak.”

Containment: The Zombie Puzzler is first and foremost a puzzle game, as the name implies, but it is certainly more than that. Containment includes a fully developed campaign mode that tells the story of Franklin County and its inhabitants as they do their best to survive the zombie apocalypse. The in game action is not broken up by lengthy cutscenes or a ridiculous amount of text, but is rather relayed through dialogue boxes as you progress through each puzzle.

The campaign is comprised of three separate acts, all of which must be completed in sequential order. Once you get stuck, or bored, in a campaign level you can try your hand at an endless puzzle in one of the many unlockable maps.

What Kind of Game is Containment: The Zombie Puzzler?

In Bejeweled, and similar puzzle titles, your job is to exploit a select group of jewels so that they form a matching pattern. There is no matching here, nor is there a finite number of units needed to earn points. 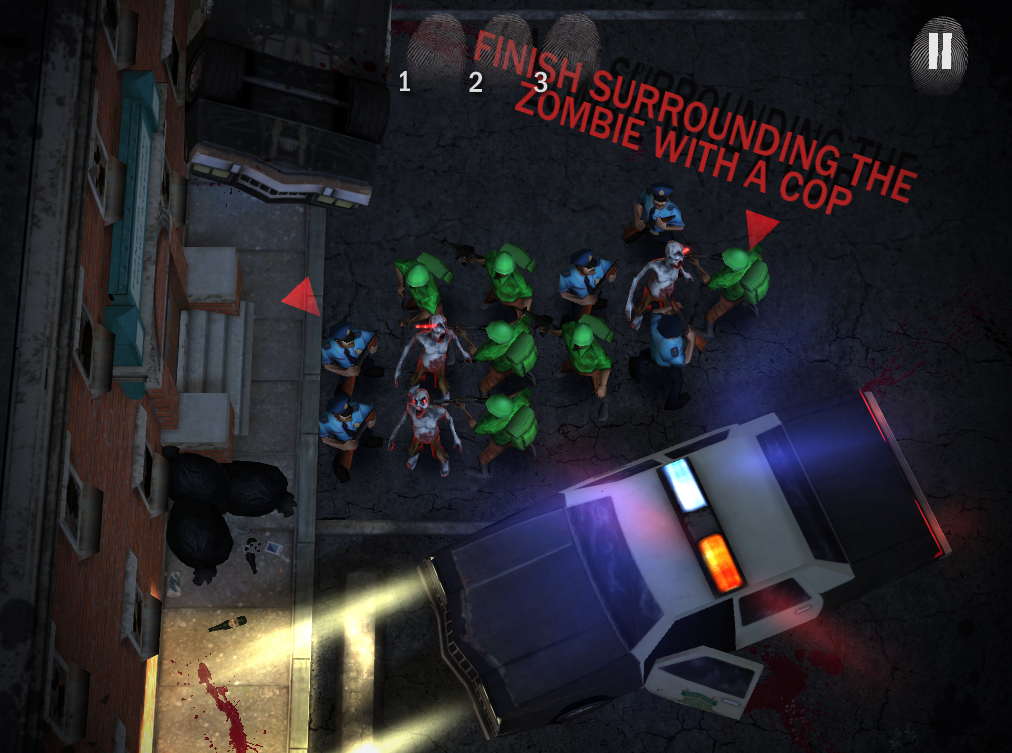 The game board is separated between zombies, and several different player units. Each player unit dispatches zombies in an entirely different way. For instance, the punks, military and police units all use ranged weapons (namely guns), to slaughter zombies; while the scientists use a bonesaw to chop down zombies standing in their way.

The goal of Containment is to surround zombies with the same unit, and after doing so, they will kill the zombies subsequently removing them from the board. It is actually not that easy though, because as you are working to clear zombies from the board, there are other zombies biting and infecting units.

At any time, a zombie can attack an adjacent unit who will then become infected. In select levels, zombies are also coming onto the board from outside, attacking units close to the edge. So, while you’re working to clear zombies by surrounding them with units, there is always a chance more zombies will generate.

As you progress through the game, and move on to later levels, the frequency of zombie spawns increases and the boards grow much more difficult.

As you clear the board, WMDs, or power-ups, can be earned. Each WMD has a specific purpose. For instance, the grenade and the molotov will clear a large swathe of zombies, while the sniper shot will remove one zombie from the board, and the airstrike will clear an entire row.

There are a lot more WMDs than what we’ve mentioned, but don’t worry, we won’t spoil it for you. 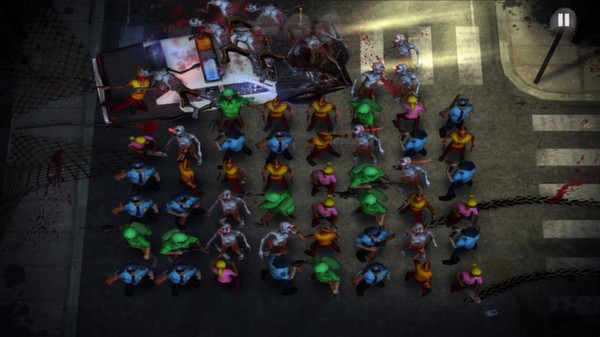 Dynamic Environments
As one would expect with a zombie game, you can also use the environment to your advantage on select game boards. You can power up cranes that smash obstacles, and zombies, in your way. You can destroy gas stations, which explode and eviscerate hordes of zombies with them. You can even interact with areas of the environment, to earn powerups.

Occasionally Containment will also introduce a goal to complete, like surrounding a set of generators to turn on power, or clearing a gate that is blocking reinforcements. The mission objectives keep the game exciting, and provide a bit of variety to the many puzzle elements. 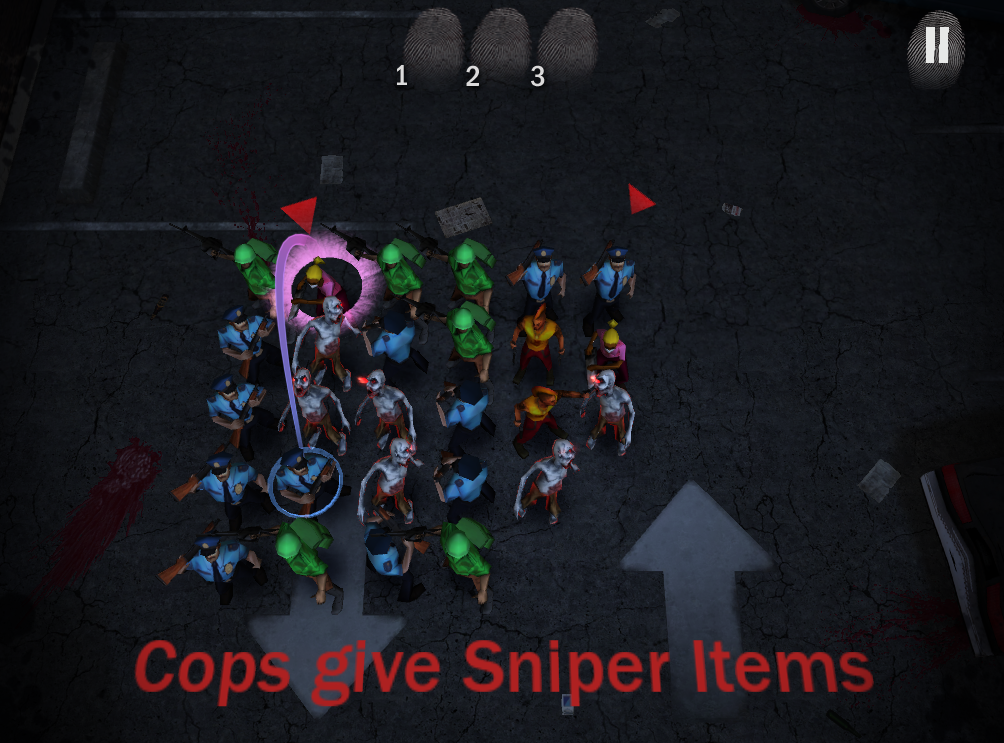 The Tiles Are Alive

Unlike in most puzzle games, where the gems or jewels simply glow in a variety of colors, the tiles in Containment are alive. Each tile is comprised of an animated character, which interacts and reacts to the world around it. If a tile is surrounded by zombies or being attacked, the character on that tile will scream for mercy. If a character is slaughtering a zombie with companions, it will shout out words of encouragement. The interactive tiles truly help maintain a distinctive gameplay experience.

Containment can be purchased online through the Steam digital distribution platform, or for the iPad via the iTunes App store.

Generally the game is $4.99 for PC, but Steam will often have a deal offering indie games and select catalog titles for cheaper prices, so keep your eyes open. For iPad though, Containment is only $1.99.

As of the time of this writing Steam was offering a 40% discount, which brought the price of Containment down to $2.99.

If you like games as much as we do, don’t forget to check out the other titles from our Indie Game of The Week series!