In honor of the booming indie game scene, we’re going to feature a weekly piece titled “Indie Game of the Week”. Every week, at the end of the week, we’re going to outline one indie title we’re genuinely excited about; it may be a finished title or one that’s currently in development (it doesn’t matter). The general focus is to grow a collective community of supporting players for each indie game we suggest, and help boost the success of the developers.

We’d like to start off this feature by apologizing for not covering an Indie game last week. We were a little swamped with content after having attended the Blackberry World 2012 conference in Orlando.

Cast out your worry, and ignore our excuses for now, because the Indie Game feature is back! 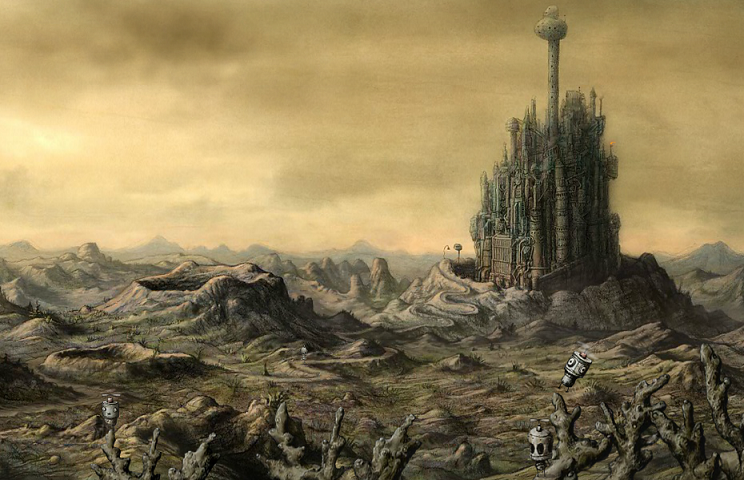 So, without further ado, lets game on folks! This week’s Indie Game is Machinarium!

Indie Game of the Week – Machinarium

Machinarium is a point-and-click style, adventure game (like the old school Lucasarts titles) that follows a young robot on his journey to save friends. The journey takes the robot, and the player, through a devastated machine city on a quest to save the robot’s friends from a group of overzealous bullies.

Machinarium won the Independent Games Festival (IGF) Excellence in Visual Art Award in 2009 for it’s outstanding and beautiful landscapes, which are all custom drawn. In fact, there’s so much hand-drawn art in Machinarium that the game actually starts to look more like a graphic novel.

What Type of Indie Game is Machinarium?

Machinarium follows a quirky little robot who is mistakenly thrown out of his city with a bunch of trash. Players must help the robot journey across desolate wastes in order to reunite with friends. Along the way, the robot encounters various obstacles in the Steampunk-ish machine world and must also work to stop a robot terrorist, who, unsurprisingly, also happens to bully others. 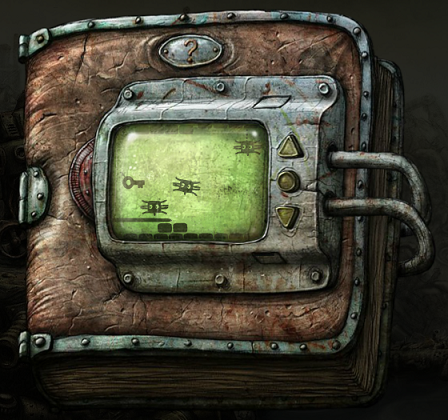 Machinarium is difficult. So difficult, in fact, that the developers felt a need to include a built-in walkthrough, in the game mechanics. At any time during gameplay players have the option to open a hint tome which displays the required steps to progress through the current scene. In order to open the tome, players must complete a frustratingly tedious minigame. We suspect the minigame is so frustrating because the developers wanted to discourage frequent use of the tome. Nevertheless, the walkthrough tome does become necessary in certain areas of the game.

Players also have the option to choose a “lightbulb” in the top right of the user interface, which provides a useful hint for the current scene. The difficulty is so high in Machinarium, that there are times where the lightbulb ends up being no help at all.

Despite the difficulty, Machinarium offers an excellent gameplay experience, that will border on nostalgic for some of the point-and-click lovers out there.

In the first few scenes of the game, players are tasked with progressing through a single frame or environment, but later in the game, scenarios will open up to include more than one scene, or area, at a time. 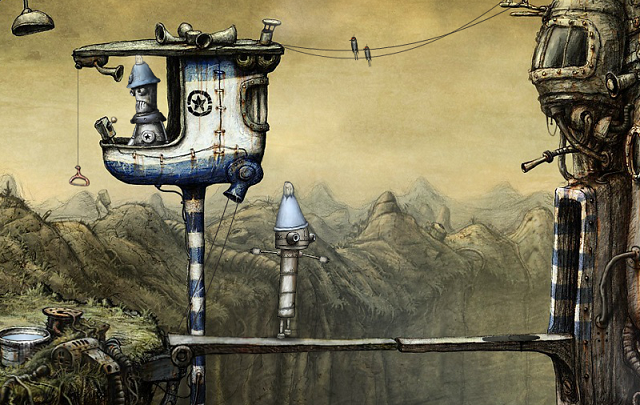 As with most point-and-click adventures, the robot in Machinarium can collect various items, which he swallows, and stores for use later. In traditional point-and-click fashion, the items are often used in combination with the environment to perform actions that allow progression through the game world.

The robot can also shrink and grow at any time (like an accordion), which improves the mechanics and creates some unique puzzles for the player to overcome.

Machinarium does have its subtle issues, like the sometimes overbearing difficulty, and the frustrating area selection feature (players can only interact with items and objects in the vicinity of the robot, if they want to interact with something across the scene they must walk there first), but the game is certainly still worth playing.

Our experience with Machinarium lasted for hours, and we enjoyed most of it (frustration and nerdrage aside), and that’s why it’s our Indie Game of the Week, even though it is an older title.

Machinarium is available now through the developer’s official website for $10, or through Steam, the digital content platform from Valve. Machinarium is also available for the iPad and iPhone, and the Blackberry Playbook. Future ports of the game will be available on Android devices, and the Playstation 3. 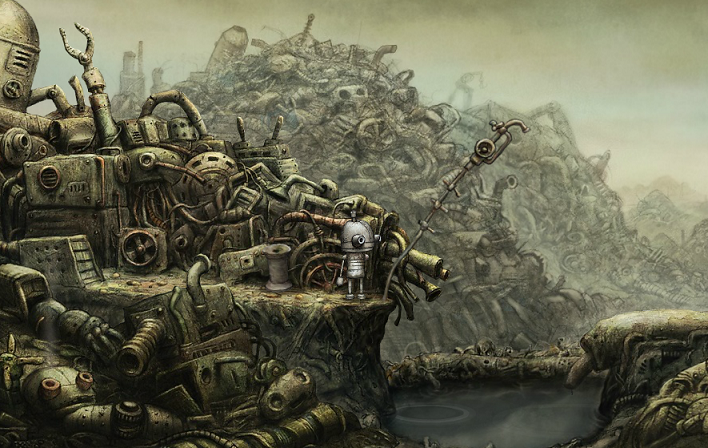