So it stands to reason, that an online first person shooter pitting dinosaurs against humans, in open combat, is simply mind-blowing. It turns out there is now a game that includes both of these elements.

Our Indie Game of The Week is Primal Carnage. 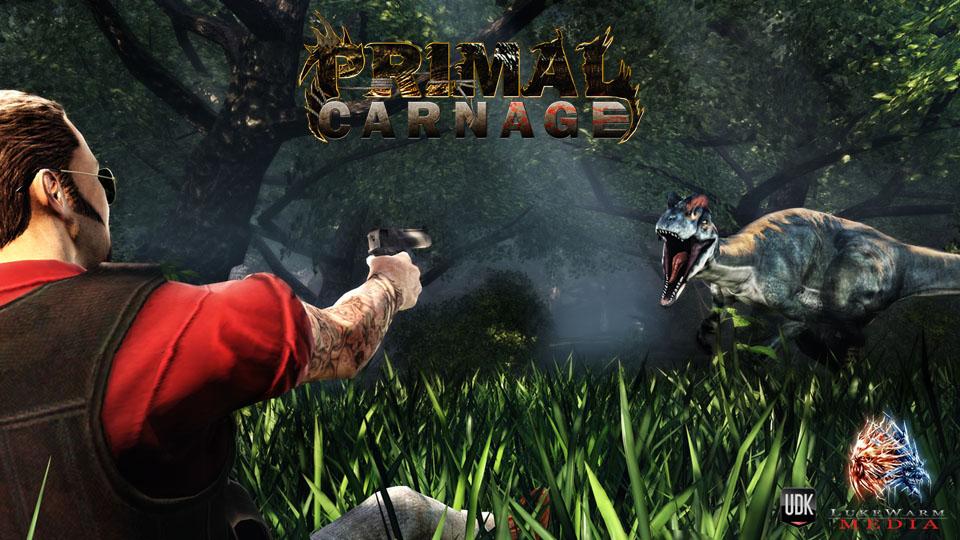 “Primal Carnage is an online multiplayer shooter that will engross its players in skilled PVP combat, team-based strategy and savage class-oriented matches unlike any you’ve previously experienced; be it an armed human mercenary or a cunning dinosaur, Primal Carnage is sure to unleash the inner beast in anyone who seeks to survive amongst the fittest.”

“It’s Man versus Dinosaur in the ultimate fight for dominance, who will emerge victorious and who will become extinct? Let the primal carnage commence!”

Primal Carnage forces two teams, the mercenaries and the dinos, to fight against each other in class based combat.

What Kind of Game is Primal Carnage

There is no fundamental plot, no focus on characters and certainly no rhyme or reason to what you’re doing, in Primal Carnage, other than trying to stay alive, of course. The focus of the game is straightforward, either you’re a dinosaur trying to tear one of the human players limb from limb, or you’re a human trying to fill dinosaur hides full of lead.

There isn’t much else to the game, and as of right now there is only one game mode: team deathmatch. There are five extraordinarily large and sprawling maps to play on, but they can get repetitive after a while. Luckily the developers are planning to release some free DLC for the game in the near future (more on that below).

After reading the above paragraph, you might be wondering why the hell you should get the game. Honestly, because it is tons of fun. That and the graphics are incredibly beautiful. Just watch the trailer, you’ll see how incredibly realistic those dinosaurs look! They sound utterly breathtaking too. Try creeping through the jungle silently, only to be distracted by a ferocious T-Rex roar that curdles your blood. It will make you freak out and inspect your nearby surroundings, that’s for sure.

Playing as The Humans 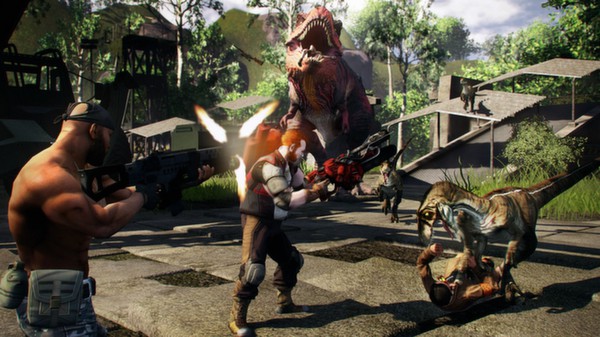 There are five classes on the human team, each serving its own merit and function. If you’re going to be playing Primal Carnage anytime soon, remember this tremendously helpful tip: never travel alone when you play as the humans. Proper teamwork is the only way to bring down a ruthless horde of Dinos. If you find yourself alone, or spawning far from the action, chances are relatively high that a raptor is going to rip you a new one.

The five human classes include the following:

Playing as The Dinosaurs 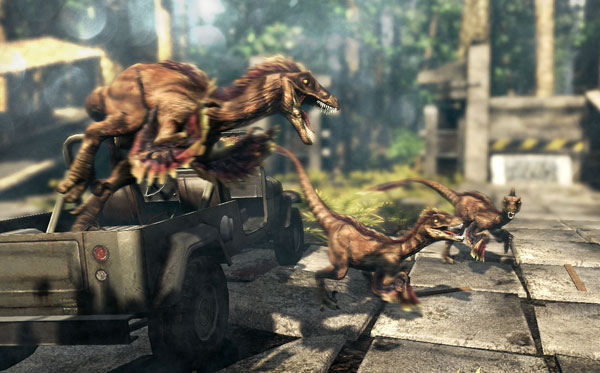 If you’re playing as a dino you’ll have to experiment in order to find your own strengths and weaknesses, that’s the beauty of playing. The two classes that add the most fun, or terror if you’re the humans, to the game are undeniably the raptors and the pteranodon. Once you master flying and swooping with the pteranodon you’ll chuckle with excitement and squeal with glee as you lift up humans and watch them fall to their death.

The five dinosaur classes include the following: 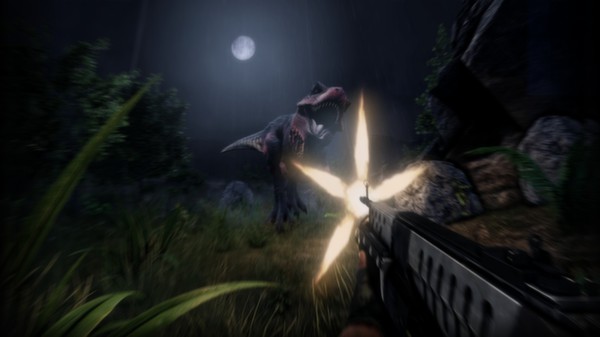 Primal Carnage is available now for $14.99 via your digital distribution platform of choice. We recommend buying the game on Steam, but it also available via Gamersgate, Amazon, Raindg, and through Gamestop. Every vendor is selling the game for the same price, but if you’re willing to wait a bit, it’s likely that Steam will have a sale eventually.

Primal Carnage will be getting some free DLC from the developers, Lukewarm Media, soon. The new DLC will include a brand new objective based game mode, and some new maps. More DLC is planned for the future, as well, so Primal Carnage is certainly worth the $15 asking price.

Have you had a chance to play Primal Carnage yet? What did you think of the game? Feel free to let us know your thoughts and opinions in the comments below!