It seems to be common knowledge that Verizon turned down a partnership with Apple to market the very first iPhone – instead Apple went straight to AT&T and they have been making history together since. But history as we know it – in a technology sense, even though it is always changing anyways – will soon be changed. 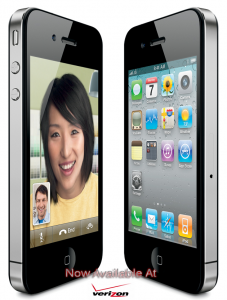 What am I talking about? Well folks, it seems that Verizon has slated a 2011 release for a CDMA version of the iPhone 4. Yes – you heard me correctly – the iPhone is coming to Verizon!

According to Fortune‘s latest spread on Ivan Seidenburg (current Verizon CEO) it has been revealed that Verizon will be marketing a CDMA version of the iPod 4 in “early 2011”. The spread has also regurgitated some juicy juicy details that we know you’re just dying to hear.

Fortune actually revealed that the latest CDMA version won’t be dual-mode compatible with the GSM network, nor will it feature use of the new Verizon LTE 4G network. This is unfortunate as Steve Jobs clearly mentioned his distaste about how cramped CDMA’s international borders are when compared to GSM. And let’s be honest – a 4G enabled CDMA phone would be beast!

This certainly will be an interesting spectacle; but I’m totally stoked that I finally have the option to use an iPhone with a network I don’t mind giving my money to – well, maybe I do mind – but still, you get the idea.

Nevertheless the news is still quite exciting, and there is no doubt that the iPhone won’t eventually become a full-fledged and universally supported device. It’s no secret that even after release Verizon and Apple will be working to improve it’s features and specifications – I mean seriously, just look at how many iPod touch and iPhone versions have been released.

If the “early 2011” release is accurate than this is one gadget race you won’t want to miss. The Verizon iPhone will be coming out right around the time Verizon launches several smart-phones that support that glittery new LTE network – ooo, ahhh. Not to mention, the Windows Phone 7 release is just beyond the horizon. The Verizon iPhone will be up against some serious competition – but what’s even weirder, it all belongs to one company. Verizon will be battling on all fronts in 2011 it seems – with itself.

We have started a forum thread about this. Please come and register quickly and have your say, will you be changing carriers? Will more competition ensure better plans from AT&T? Let us know your thoughts in this thread!