Uncovering The Truth About The Mini iPhone? Not Likely

At present, trying to determine the truth as to whether or not there is such a thing as a real mini iPhone is proving to be as simple and straightforward as finding the true whereabouts of Jimmy Hoffa, the secrets of the lost city of Atlantis, and why on earth the television series Sunset Beach had such a cult following.

Part of the problem is due to the fact that when there are rumors abound with a particular consumer product, the information presented will invariably fall under one of two potential polar opposites. Either the leaked information will contain enough fairly obvious clues that the alleged product in question is indeed well within the realms of possibility, especially where the alleged product is little more than a slight modification and/or improvement upon an existing design. 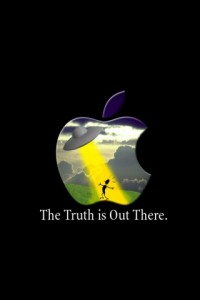 On the other end of the scale there is the unenviable situation where the claims made are just so outlandish and wild that one cannot help but feel that this is simply one very elaborate and rather passive-aggressive practical joke at the expense of the wider consumer population. Ultimately, what typically ensues is a makeshift game of emotional tug of war, as consumers are left trying to combine the pieces of the puzzle in their entirety and then make a final decision as to what side of the fence they come out on.

A brief history of the iPhone range as a whole can be summarized as follows: 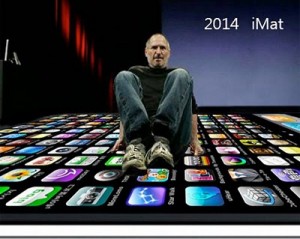 Whether as a deliberate result of their own cynical design or merely the fortuitous intervention fate, the Apple Company has benefited from the maintenance of the secrecy of the mini iPhone gadget on the basis that there has been conflicting reports on the matter. Worse yet for the general population, who must be feeling rather baffled by now, have been the issue that the sources which have provided the leaked information happen to be very credible and reputable newspapers.

He Said She Said About The Mini iPhone

Even more confusing is the fact that these newspapers have been routinely and regularly relied upon by the Apple Company to serve as the mouthpiece of the franchise, and properly advertise the development and ultimate release of some new product due to be on the market soon.

The Wall Street Journal was the first to fire a shot, claiming in a press release that the Apple franchise would be due to release a smaller, lightweight, and more portable version of the existing Apple iPhone in the near future. Only three days later, a rival newspaper publication syndicate, The New York Times, came along and truly upset the Apple cart (see what we did there? Bonus points if you did!) By claiming in no uncertain terms that such claims were pure speculation, conjecture and utter fantasy.

It is important to be aware of the fact that the New York Times did not refute the fact that the Apple franchise is indeed focusing its efforts and resources upon the development of a successor to the incumbent Apple iPhone in its current incarnation, but rather the focus of the denial was upon the hotly contested “mini iPhone.” 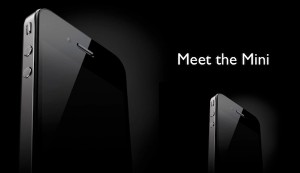 Some cynical commentators have observed that all of this maybe little more than a cheap marketing ploy devised by the Apple corporate officers in an attempt to drum up further publicity and public interest in their products. This is an observation that has the ring of authenticity associated with it, especially in light of the fact that other rival products, including the Android platform are capable of providing superior services at a fraction of the cost. The Apple name is no longer synonymous with high end and cutting edge technology that it once was, and so it must fall upon the consumer to make the final decision as to which is the right mini iPhone for them.

As they say, the Apple never falls too far from the tree!